Understanding, Functions, and How to Install Samba Server

Surely some of you have used the FTP (File Transfer Protocol) protocol to share data or printer services on Windows OS together. As it turns out, you can also rely on another program that works on the UNIX family of operating systems called Samba Server.

Samba Server is a program with a client server protocol that can be likened to a bridge that connects the service provision process to share data or documents between the UNIX family of operating systems and Microsoft Windows operating systems.

This software operates under the auspices of the UNIX family operating system platform using the SMB protocol which is also used by the Microsoft Windows operating system to function as a client server network in the process of using data and resources that you want to support together in a network.

This software is open source (free creation/distribution) which allows files across Windows and Unix operating systems to be shared simply and easily.

This program serves things like file sharing, NetBIOS name resolution printer sharing, and service announcements. Like a file server application, Samba allows files, printers, and other resources to be shared by multiple users on UNIX OS, and allows interoperability with Windows OS.

After studying the meaning of Samba Server, you may already understand a little about its functions. The following are some of the functions of the samba server:

The samba program is trusted and used by many people because of the various advantages it offers. Its advantages include free, good performance in resource sharing, reliable because it rarely experiences problems, is available for various platforms, supports various UNIX family operating systems, is directly connected to the network, easy to configure and use according to administrator needs.

E. How to Install Samba Server

The command will display the location where the Samba Server is installed, both the location of the configuration file and other things in case you need it later.

F. How to Configure Samba Server

Before sharing a resource, you must first create a file or directory to share. There are two types of access in this installation:

For those of you who use Windows OS devices, make sure they are in the same workgroup, for example in this installation use a workgroup with the name “WORKGROUP”

Run the command to restart Samba

Create a samba directory that can be accessed anonymously. This example will use the “/srv/samba/anonymous_shares” folder. Run the following command: 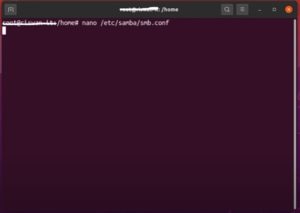 Adjust the settings in the Samba configuration to allow anonymous access. Run the following command:

The next step is to add the following line to the bottom line:

Restart Samba by running the command : 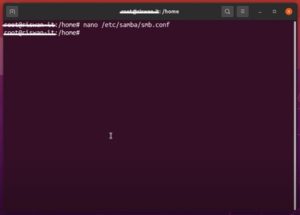 The next step is to adjust the settings in the Samba configuration. So that users can login with credentials add the setting “security = user” in the global section. Then, run the following command:

The next step is to add the following line to the bottom line: 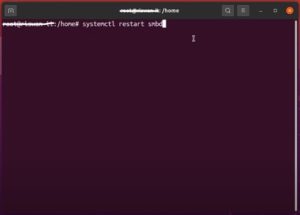 If you want to access the Samba Server using the secure option whose security is guaranteed, it can be done by inputting the \\IP address of the Ubuntu installed Samba. For example, using IP 10.0.2.2 then access uses the address \\10.0.2.2 .

Have A Nice Day 😊