Remember the old days when we wished the PS2 could be played portably? So, to answer the market’s demand, the PSP was created which stands for PlayStation Portable . In the past, during its global launch in 2005, suddenly the world of video games changed.

The reason is, it is quite rare for a portable console to produce graphics quality as good as the PSP. Its former PSP rival, the Nintendo DS, is both a practical and innovative handheld console .

However, this type of game is devoted to certain market segments, unlike the PSP which pocketed various titles that had previously been popularized on the PS2 console. Yes, what if it’s not God of War? This, coupled with superior graphics, is able to make PSP tend to be more popular with game lovers in the country.

So, various genres can be enjoyed on PSP consoles, such as fighting , beat ’em up, shooter , and of course RPG games . In fact, there are lots of RPG games on PSP that are no less exciting than the God of War or Grand Theft Auto series. So if you are an RPG lover, you will definitely feel like in heaven because there are so many quality RPGs that can be played on PSP. What are some of them? Let’s take a look at the following list of Best RPG games on PSP! 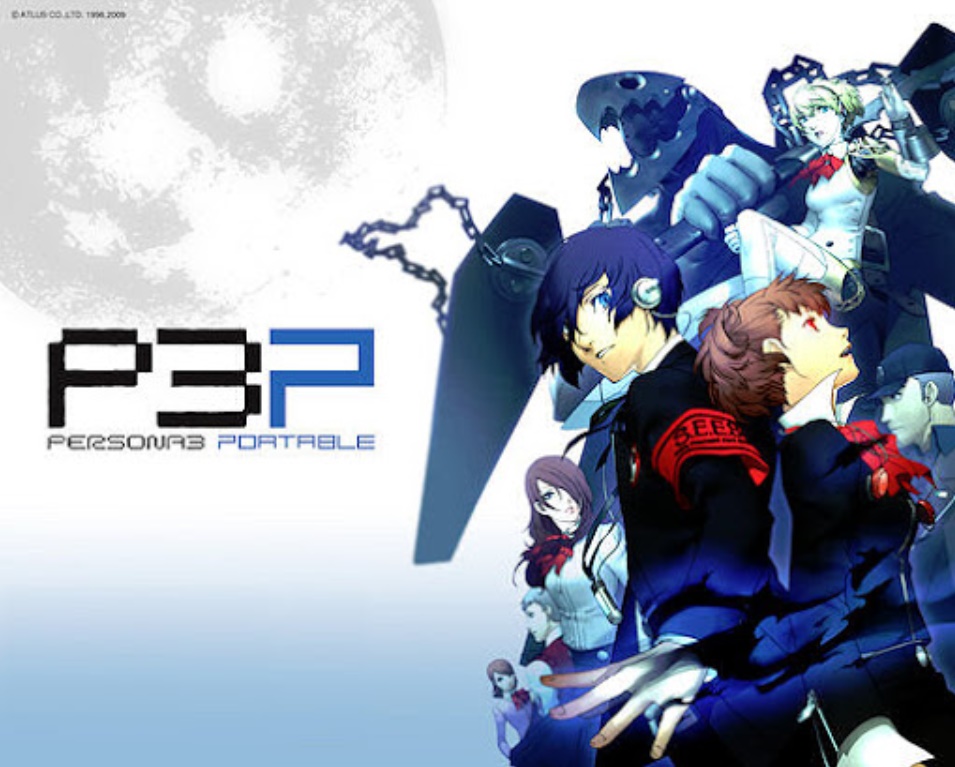 If you claim to be a true RPG fan, you must be familiar with the Persona series, right? Yes, Persona is indeed one of the most phenomenal RPGs and every series is always eagerly awaited by millions of gamers around the world. Persona is an offshoot of the Shin Megami Tensei game series which is also an RPG game as well.

Persona 3 Portable is a series of games that can be played on PSP. Previously, Persona 3 itself was already available on PS2, either in the form of the original Persona 3 series or Personal 3 FES (the version that has additional content).

So, if you want to reminisce about Persona 3 or it’s your first time playing it, be prepared to argue with its dark plot . Persona 3 Portable combines elements of building relationships with other people and aspects of dungeon crawling .

Here you will play a protagonist who can be determined by gender. You will enter “another world” called Dark Hour, a hidden time between 12 and 1 in the morning the next day. Well, in Dark Hour, you have to explore a tower called Tartarus to eradicate the roaming Shadows.

Persona? Shadow? How come the terms in Carl Jung’s psychological theory are similar? That’s right, because the Persona game takes inspiration from there. In this game, Persona is an image body of someone who will help you fight Shadow in Tartarus, the dark side of someone who is always hidden or not recognized by humans.

See also  What is Firewall?

Here you will meet again with Igor as a character who always appears at the beginning of every Persona game, accompanied by his assistant Elizabeth. You can collect all Persona by combining them or getting them randomly when you fight against the enemy.

Not only thick with RPG elements, Persona 3 Portable also has a companion character with interesting stories to listen to. You will accompany the character to establish Social Links with his friends so that you can “create” a rare persona.

Because this is the portable version, it’s only natural that Persona 3 Portable goes through some feature reductions. For example, you can’t explore the world outside Tartarus with 3D motion, but through the point and click interface

Also, there is no anime footage that can be watched, it’s different from the PS2 version. But overall Persona 3 Portable is still one of the best RPG games on the PSP. Guaranteed, you will play this game for hundreds of hours without feeling bored. 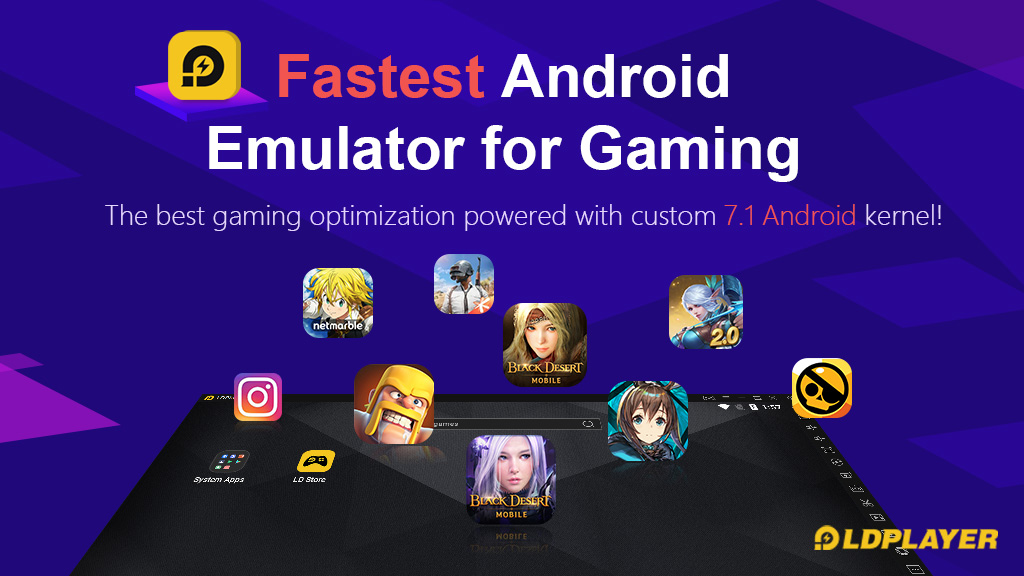 There is also another RPG that is so classic, namely Final Fantasy IV. Starting as an RPG game with 2D graphics on the SNES console in 1991, Final Fantasy IV then made a 3D remake version for the Nintendo DS portable console and also the PSP.

Well, specifically for this version on the PSP, you can enjoy FF IV games in all versions, including classic and remake . Not only that, here you will also be able to play Final Fantasy IV: The After Year, where you will play the son of Cecil, the warrior of darkness who turns into a paladin to eradicate opponents.

Carrying a medieval royal -style story , wrapped in a turn-based RPG style game that has been developed, Final Fantasy IV is the best RPG series that will make your feelings mixed up 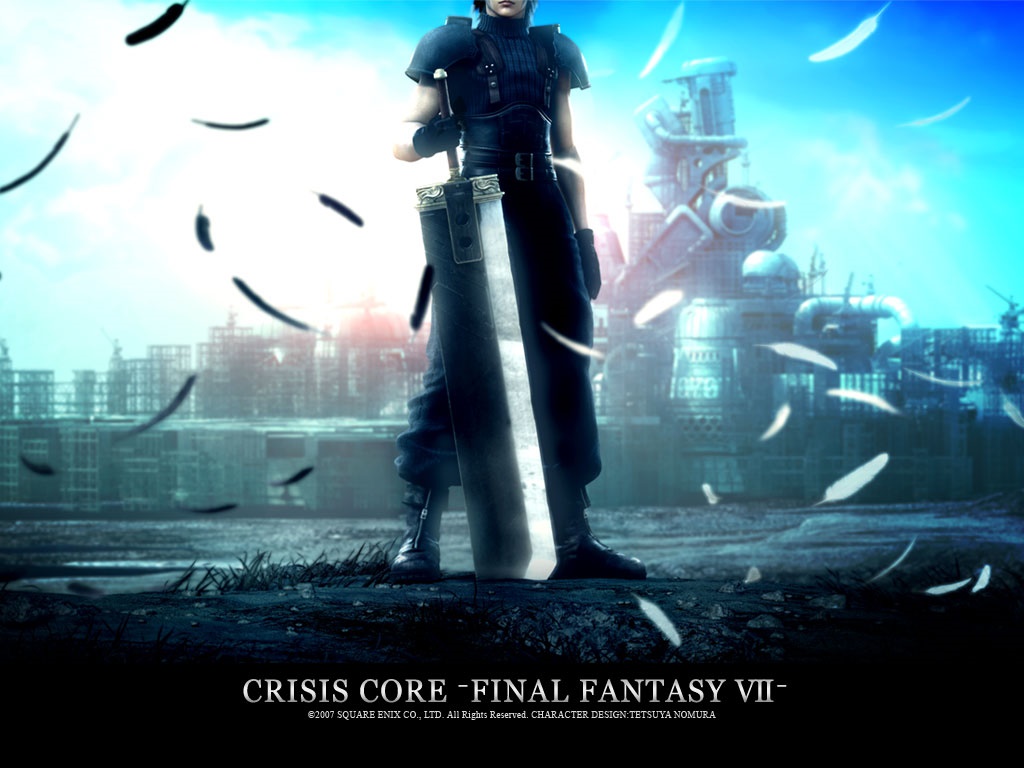 Tired of the turn-based gameplay in the main Final Fantasy series ? If so, you will definitely like Core Crisis: Final Fantasy VII which tends to present a more active gameplay . Yes, it’s no longer turn-based , this time you can move players and attack enemies in real-time .

4. Trilogy The Legend of Heroes: Trails in The Sky

This is another best RPG game that can be played on the PSP console. The Legend of Heroes series certainly offers an amazing storyline and world building , and this is also reflected in the Trails in The Sky series on PSP.

The interesting fact is, the English version of the three games took more time to release than the Japanese version, because there was a lot of dialogue and text to be translated.

This is a sign that you are guaranteed to get a storyline that is rich in interactions between characters. For its own style of play, the Trails series has a turn-based system with unique abilities for each character. Interested? If you interseted in android gaming, maybe you need to read this article best android emulator for pc. 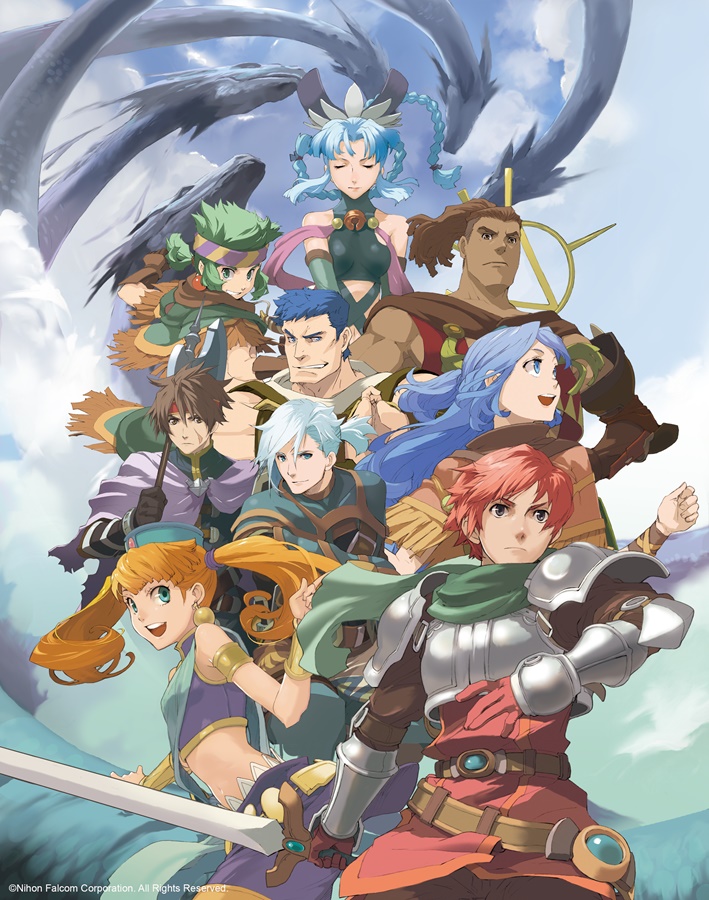 Are you ready to accompany Adol in his long and fierce adventure? This is the YS: Seven series that is here for PSP players. Of course, this game is still the same as the other Ys series, carrying a real-time type of play with a hack and slash style , making battles feel more dynamic and tense.

Uniquely, there is a weapon system that adds variety to your style of play. Don’t just just attack the enemy, but you also have to determine the type of weapon that is effective with a certain type of enemy. The Ys: Seven game developed by the Nihon Falcom company has also received a lot of praise in terms of its gameplay mechanics and a pleasant soundtrack .

What happens if you can play Final Fantasy with a grid system like Fire Emblem? Instead of being curious, why not try playing Final Fantasy Tactics: War of the Lions?

Maybe you’ve played this game on PS 1 in his day and wouldn’t be interested in playing it again, but make no mistake. The PSP port has plenty of extra content you know than the original version! You can enjoy a variety of cutscene new with some additional tuning gameplay more balanced .

Plus, this time Final Fantasy Tactics has full voice acting, aka every dialogue in the game has the voice of each character. Also, there were two additional jobs called Onion Knight and Dark Knight. Interesting right?

About its eligibility as an RPG, Kingdom Hearts is still very series to play, especially because you can meet various kinds of Disney characters. But if you want to enjoy a story that is simple and easy to understand, Kingdom Hearts is not suitable for you, it’s different if you actually like complex and unusual storylines.

Armed with hack and slash- style gameplay , with iconic characters such as Donald Duck and Goofy from Disney and Zack Flair from the Final Fantasy VII series, this is an RPG action game on PSP that will make you addicted. 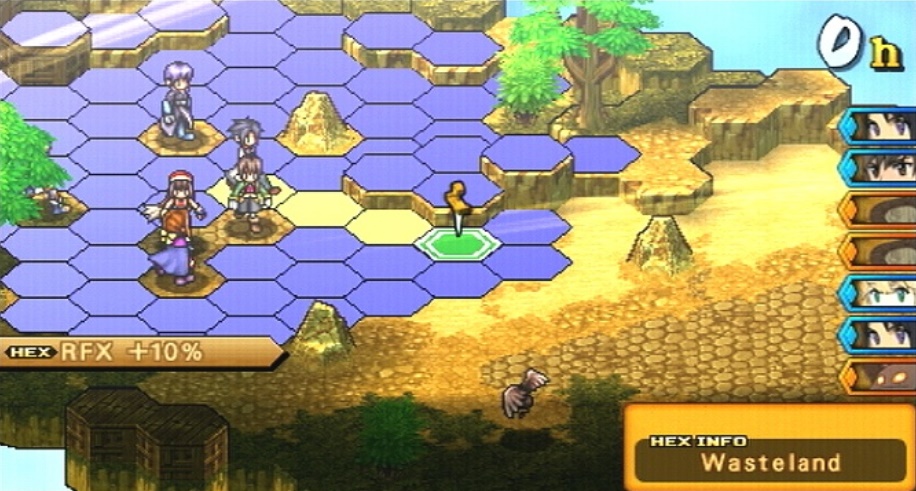 There is something different with this tactical RPG game. If you are bored with Fire Emblem-style games with grid- shaped grids , in Wild Arms FX you will enjoy a variety of new experiences with a hexagonal grid .

At first glance, the style of play is quite standard so it won’t be difficult for those of you who are familiar with other tactical RPG games such as Final Fantasy Tactics or Fire Emblem.

Here, you have to try to position your characters in certain formations so that you can get additional damage against the enemy.

Various characters can switch classes , and get permanent skills if you are diligent in grinding your character. Now if the skill has been obtained, the skill can be applied to the character even though it has changed to a different class .

Wild Arms FX is one of the best RPG games on PSP which has a class system mechanism and solid story writing. If you are an RPG lover, you really have to try Wild Arms FX.

This one does have 2D graphics with old school sprite quality . Yes, naturally, because Star Ocean: Second Evolution is indeed a remaster of Star Ocean: The Second Story which is present on the PS1 console.

Some of the content additions are also not that much, just a few modifications to the soundtrack , new anime footage, and a few additions to story elements.

But if you are an impatient person to be able to enjoy a turn-based type of game , Star Ocean Second Evolution can be a medicine for those of you who crave a fast-paced battle. Yes, combat in this RPG is real-time.

Oh , and best of all, Star Ocean: Second Evolution has multiple storylines, allowing you to get up to 100 different ending!

Many are confused about the Monster Hunter series. Is this series worthy of being considered an RPG? Or is it more into the action genre ? The answer depends on your perspective.

If RPGs are thick with the development of the characters we play, then Monster Hunter Freedom Unite is worthy of being considered an RPG. It does no leveling system here, but the character you play will be stronger along with the gear that was successfully obtained from the results of crafting .

Here you will get various kinds of quests to defeat super big and strong monsters, using various types of weaponry such as great swords, long swords, arrows, double swords, and many more. Get ready to give your best, because the monsters in this game are very difficult to beat. Are you feeling challenged?

Those were the 10 best RPG games that you can play on PSP. Most of them are indeed ports of other consoles. However, this is actually a great opportunity to experience old school games in a portable way. After all, lots of additional content can make you feel like playing a new game. So, which RPG game on PSP would you like to try first?