Wilhelm Conrad Roentgen, a physicist at the University of Wurzburg, Germany, first discovered Roentgen rays in 1895 while conducting experiments with cathode rays. At that time he saw the emergence of fluorescence rays emanating from barium platinocyanide crystals in an electrified Crookes-Hittorf tube. He soon realized that this phenomenon was a new discovery so he persistently continued his investigations in the weeks that followed. Not long after, he discovered the rays which he called the new rays or X rays . It was only later that people named the rays Roentgen rays in honor of Wilhelm Conrad Roentgen.

Roentgen’s discovery is a revolution in the world of medicine because it turns out that with the results of this discovery, parts of the human body can be examined which previously could not be achieved by conventional means. One of the visualizations of Roentgen’s findings is a photo of his wife’s fingers made using portrait paper which is placed under his wife’s hand and irradiated with the new light.

Roentgen in subsequent investigations soon discovered almost all the properties of Roentgen rays, namely their physical and chemical properties. However, there is one trait that he did not know about, namely the biological properties that can damage living cells. The properties that Roentgen discovered were that this ray moves in a straight line, is not affected by a magnetic field and has a stronger penetrating power when the electrical voltage used is higher, while among other properties is that this ray blackens the portrait paper. In addition to the photo of his wife’s hand, there are also the first photos that Roentgen managed to make of metal objects in a wooden box, including a gun and a compass. 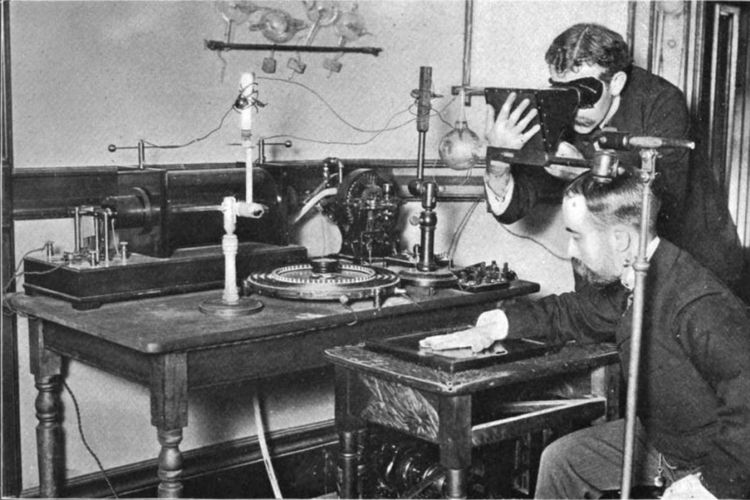 As is often the case with new discoveries, not everyone responded with a favorable response. There are those who are not happy, even showing excessive negative reactions. One night newspaper in London even said that the new light that allowed one to see other people’s bones as if they had been stripped was impolite. Therefore, the newspaper called on all civilized countries to burn all of Roentgen’s works and put their inventors to death.

often happens to new discoveries, not everyone welcomes it with a good response. There are those who are not happy, even showing excessive negative reactions. One night newspaper in London even said that the new light that allowed one to see other people’s bones as if they had been stripped was impolite. Therefore, the newspaper called on all civilized countries to burn all of Roentgen’s works and put their inventors to death.

Another company in London advertises the sale of X-ray- resistant pants and skirts , while in New Jersey, United States, a law prohibits the use of X-rays in opera glasses. Fortunately, these negative voices were soon swept away in a flood of praise for the discoverer of this light, which later turned out to be a true revolution in medical science.

As noted above, Roentgen discovered almost all of the physical and chemical properties of light that he knew, but what he didn’t know were the biological properties. This eel was only discovered a few years later when it was seen that the skin could become colored due to Roentgen irradiation. Since then, many scholars have hoped that these rays can also be used for medicine. However, at that time it had not yet been thought that these rays could harm and damage human living cells. But over time, namely in the first and second decades of the 20th century, it turned out that many pioneers using Roentgen rays became victims of this light.

Biological abnormalities caused by Roentgen are in the form of damage to living cells which in itself are just discoloration to blackening of the skin, even to hair loss. Even higher doses of light can cause skin abrasions to necrosis, even if the irradiation is still continued the necrosis can turn into malignant skin tumors or skin cancer. 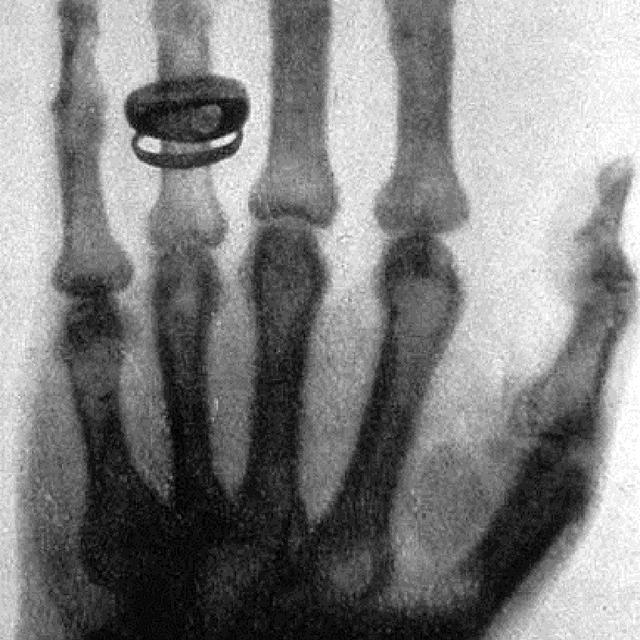 During the first and second decades of this century, it was discovered that dozens of radiologists were victims of this X-ray. The names of the victims were listed in a book published at the 1959 International Congress of Radiology in Munich: Das Ehrenbuch der Roentgenologen und Radiologen aller Nationen.

One of the victims of this X-ray is Dr. Max Hermann Knoch, a Dutchman born in Paramaribo who works as a radiologist in Indonesia. He is an army doctor in Jakarta who was the first to use an X-ray device, so he works without protection against radiation, as was the case in the fifties.

For example, when he took a photo of a broken bone patient, his limbs and hands were also exposed to the light, so that in 1904, Dr. Knoch had suffered from quite severe abnormalities, such as wounds that did not heal on both hands. In 1905 he was sent back to Europe to treat this disease, but in 1908 he returned to Indonesia and worked as a radiologist at the Army Hospital, Surabaya, until 1917. In 1924 he was transferred to Jakarta, and worked in a hospital. Faculty of Medicine until the end of his life. Finally, almost all of his left and right arms were damaged by an incurable disease, namely necrosis, and later turned out to be skin cancer. He had one of his arms amputated, but even that did not save his life.

Once it is known that X-rays can cause damage that can continue to form skin cancer and even leukemia, then measures are taken to prevent such damage. At the International Congress of Radiology in Copenhagen in 1953, the International Committee on Radiation Protection was formed, which set out complete regulations for radiation protection so that it is hoped that as long as someone follows all these instructions, there is no need to worry about the dangers of X-rays.

Among the instructions for protection against roentgen radiation are: staying away from the light source, using protective equipment if you have to be close to light such as gloves, skirts, coats, fluoroscopy chairs, coated with lead (Pb) and conducting periodic checks with wearing a film-badge and blood tests, especially the white blood cell (leukocyte) count.

In Indonesia, the use of X-rays is quite long. According to reports, the Roentgen tool has been used since 1898 by the Dutch colonial army in the wars in Aceh and Lombok. Furthermore, at the beginning of the 20th century, Roentgen rays were mainly used in Military Hospitals and medical teaching hospitals in Jakarta and Surabaya. The Dutch radiologist who worked at the Faculty of Medicine in Jakarta in the years before World War II was Prof. BJ Van der Plaats who had also started doing radiotherapy in addition to radiodiagnostics.

The Indonesian who had used X-rays at the beginning of this century was RM Notokworo, who graduated from the University of Leiden, the Netherlands, in 1912. He first worked in Semarang, then at the beginning of the Japanese occupation he was transferred to Surabaya. In 1944 he died under mysterious circumstances, killed by Japanese soldiers.

In the same year as the discovery of Roentgen rays, a baby was born on the island of Rote, NTT, named Wilhelmus Zacharias Johannes, who later worked in radiology.

At the end of the twenties when he was domiciled in the city of Palembang, dr. Johannes fell seriously ill so it was deemed necessary to be treated for a long time at the CBZ hospital in Jakarta. The disease suffered is pain in the right knee which eventually becomes stiff (ankylosis). During his treatment at CBZ Jakarta, he was often examined with X-rays and this was the first time he became interested in radiology. Johannes received a radiology brevet from Prof. Van der Plaats in 1939. He was inaugurated as the first professor in radiology at the UI Faculty of Medicine in 1946.

See also  What is Venn Diagram ? (Complete Explanation and Examples of Use) 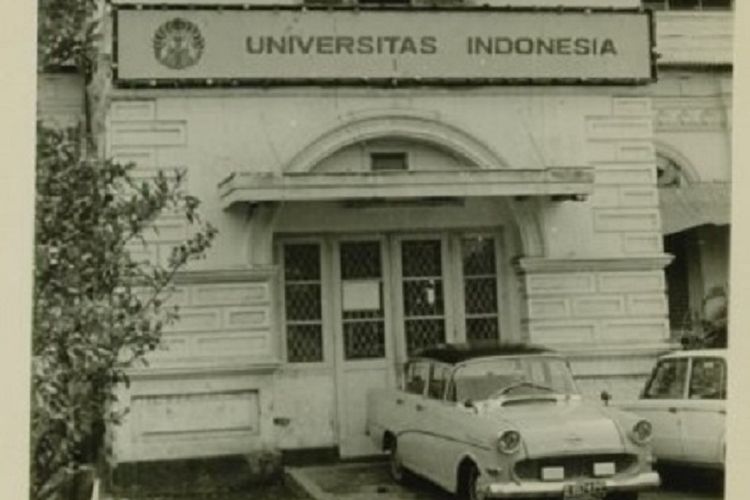 In 1952 Johannes was given the task of studying radiological developments for several months in Europe. He departed by ship Oranje from Tanjung Priok. At the time of departure, several staff members of the radiology department, namely dr. Sjahriar Rasad, Mrs. Sri Handoyo and Aris Hutahuruk late. accompanied him. Prof. Johannes died in the line of duty in Europe in September 1952. Apart from showing symptoms of a heart attack, he also suffered from Herpes Zoster in his eyes, a very dangerous disease.

In an effort to put his name as a radiological figure of world caliber, at the 1959 international radiology congress in Munich, the Indonesian delegation under the leadership of Prof. Sjahriar Rasad succeeded in placing his photo among the Martyrs of Radiology placed in a special room of the congress. In 1968 he was awarded the title of Hero of Independence by the Government, even though he had died. And in 1978 the body of the deceased was transferred to the Kalibata Heroes Park.

The deceased is not only considered a Mr. Radiologist for radiologists, but also by everyone involved in radiology including radiographers. He is also the Father of Radiology in the field of education and organization. He took the initiative to establish the Roentgen Assistant School in 1952, and he began to establish the organization that preceded the Indonesian Association of Radiologists (IKARI), the radiology section of IDI in 1952.

In 1952 a handful of radiologists working at the RSUP, namely GASiwabessy, Sjahriar Rasad, and Liem Tok Djien, founded the Roentgen Assistant School because they felt the need for well-educated Roentgen assistants.

With the increasing number of experienced Roentgen assistants, some of whom even received additional education abroad, most of the lessons at APRO can already be given by Roentgen assistants and only the Director has the rank of radiology expert because it is a requirement for an academy. Radiologists are very interested in the development and improvement of the quality of Roentgen’s assistants, who are now officially Roentgen stylists.