With limited computer technology conditions at that time because computer systems had not been discovered long ago and were still in the research and development stage, Linux was not the first operating system created, there were already predecessors such as Unix and Windows.

Read: History of the Development of Computers and operating systems

Several groups conducted research to find an operating system that could be used on all computers, the group was AT&T which made Unix and Microsoft which made MS.DOS and then Windows.

Unfortunately, all of these operating systems are paid and licensed, making it very difficult for developers to develop an application that must run on their platform due to the lack of documentation for the OS.

Starting from GNU as a Pioneer and Opensource Container

Without GNU Linux might not exist, GNU holds an important war in the creation and development of Linux, because in GNU the open source community gathers and works together to create free and open source applications.

In 1983, Richard Stallman created the GNU project with the goal of creating a free operating system that was similar and compatible with UNIX.

GNU stands for “GNU’s Not Unix” and GNU is not a profit company but a forum for a community that upholds Free and Opensource software.

Free here does not mean free but is defined as “freedom” because applications licensed by the GPL (GNU General Public License) provide 3 freedoms for users, namely free to:

This freedom is not owned by proprietary software (commercial software).

The GNU project started in 1984 with the creation of software, compilers, editors, text formatters, GUIs, libraries, modules and many more, in the process of building it is designed to be compatible with existing operating systems, namely UNIX, this choice is based on UNIX’s proven design. superior and portable.

In the process of making it involved many people from the GNU community itself.

Linux history began after the emergence of the UNIX operating system which was introduced to the public around the 1970s which was developed and released by AT&T Bell Laboratories.

AT&T did not accept it because the code was used to make BSD and filed a lawsuit, after a lawsuit the development of an operating system based on the BSD code became stalled. 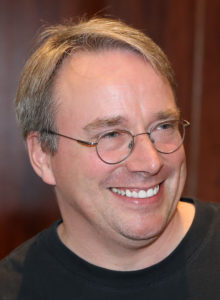 In 1990 GNU has made all the components to make an operating system from compilers, libraries, applications, user interfaces and so on and only one that has not been completed, namely the Kernel which is the core of an operating system.

The process of making this operating system kernel (which will later be named the Linux kernel) was completed using MINIX and compiled using the GNU C compiler.

Linux Is Not UNIX

That means Linus torvalds was the first to design, build and develop the linux kernel. In its manufacture, Linux does not use Unix code at all. Unix was only used as inspiration by Linus when making the Linux kernel.

The History of Linux Development Until Now

The kernel which is the core of an operating system has indeed been created by Linux Torvals, a student from the University of Helsinki Finland, but Linux has a long way to go until it becomes a sophisticated and popular operating system that you can use for free now.

The kernel created by Linus is then published for the wider community (opensource) and everyone can use and develop it “free”.

Hello everybody out there using minix –
I’m doing a (free) operating system (just a hobby, won’t be big and professional like gnu) for 386(486) AT clones. This has been brewing since april, and is starting to get ready. I’d like any feedback on things people like/dislike in minix, as my OS resembles it somewhat (same physical layout of the file-system (due to practical reasons) among other things).
I’ve currently ported bash(1.08) and gcc(1.40), and things seem to work. This implies that I’ll get something practical within a few months, and I’d like to know what features most people would want. Any suggestions are welcome, but I won’t promise I’ll implement them
Linus ( [email protected] )
PS. Yes – it’s free of any minix code, and it has a multi-threaded fs. It is NOT portable (uses 386 task switching etc), and it probably never will support anything other than AT-harddisks, as that’s all I have :-(.
— Linus Torvalds

This kernel will later become the Linux kernel that we use today as a result of the development of the open source community from time to time.

The Origin of the Linux Name

The name linux does not appear and is used just like that for the Linux kernel, it was used by several names that sound strange to us now.

Linus torvalds wants to call his findings by the name Freax which is a combination of free freak and X which refers to Unix.

while he was working on writing the kernel he kept it in a file and named it Freax for almost half a year.

Linus actually had crossed his mind to name his findings with the name Linux but he thought it was too selfish (because it contains his own name).

To facilitate the development process, the file was uploaded to the FTP server (ftp.funet.fi) in September 1991.

Ari Lemmke from the University of Helsinki who was then a volunteer FTP administrator thought that the name Freax for a kernel was not good to hear, so without Linus’ approval he changed the name of the kernel to Linux.

But Linus didn’t mind the name and used it too.

The History of the Linux Mascot Penguin

In 1996 Linus Torvalds officially announced the Linux mascot, a Penguin with the name Tux.

Linus explained that he chose the penguin because he had bad memories with the animal, namely being bitten by a small penguin during a visit to a zoo in Australia.

Linux held a contest to design a linux logo (penguin) and was won by Larry Ewing with a picture of a sitting penguin named Tux, Tux refers to Torvalds’ UniX and also means tuxedo, a kind of suit whose color is similar to the penguin.

Linux under the GNU GPL license

When initially published, Linus’s kernel used its own license and there was a prohibition / should not be used for commercial purposes because he made the kernel dedicated to the opensource community. The software used to make Linux all use applications licensed by the GNU GPL (a license for free software) and so that Linux can be used as a complete operating system, Linux requires components such as shells, compilers, libraries, etc., all of which are under the GNU GPL license.

Finally in 1992 Linux version 2 was released to the public in December under the GNU GPL license so that Linux was called GNU/LINUX.

At the launch of the first Linux version, Linus only wrote in his documentation that to be able to use Linux completely, he needed the software provided by GNU.

The biggest contribution of linux development work comes from the linux user community itself which consists of thousands of programmers spread all over the world, they use linux and give advice to make linux much better every day to linux developers.

Several companies that provide Linux services also take part in the development of Linux, not only the kernel but supporting applications that are included in the Linux distribution such as auxiliary software.

Organized companies / projects develop their own Linux and continue to distribute it for free, because all Linux is GPL licensed.

To make money as a cover for the operational costs of an organized company / project, it only provides consulting services and services for enterprise Linux users.

Community belonging and legal entities (companies / projects organized) or what we call today with Linux distributions (Linux distribution) to develop and distribute their own versions of Linux with the beginning of the project Slackware, Debian, Redhat, SUSE.

The Linux history exposed above is a summary and historical outline that I took from the wikipedia reference and the official GNU project website, I intentionally wrote it briefly so that you don’t get bored to read and at least understand the history of Linux in outline.

The timeline of Linux history and development can be summarized in the following chronology:

The Cathedral and the Bazaar is an essay written by Eric S. Raymond in the form of an essay that explains 2 striking differences in the development process of free applications (Free software).

Sources of information: Wikipedia and gnu.org