Skip to content
Matob News / Software / VMware vs VirtualBox, Which is Better?

When choosing virtualization software to create virtual machines, most people will confuse choosing one of the two: VMware vs VirtualBox .

Maybe you are one of them too?

Today Matob will help you to determine which one you should choose, VMware or VirtualBox, by comparing several factors that they have.

Note: All explanations here are based on my experience after using both in the last few years. Your experience may be different.

For non-commercial desktop virtualization purposes, both VMware and VirtualBox can be obtained for free.

Both also provide upgrade options to get various additional features if needed.

So for the price issue, especially for desktop virtualization purposes for personal use, both VMware and VirtualBox can be considered a draw.

From all I’ve used, VMware is much more friendly to the latest operating systems. For example, when the initial release of Windows 10 Preview first, VMware already supports the OS but VirtualBox does not yet.

Installing OS X in VirtualBox is also easier, than installing it on VMware which is intentionally locked (even though there is an unlocker that you can download)

So in terms of compatibility with guest OS, VMware is arguably superior to VirtualBox.

This is because VirtualBox can be installed and run on Windows, Linux, and OS X easily. While VMware on Windows can indeed be installed easily, but on Linux it is not as easy as installing VirtualBox.

To install VMware on Linux you need to run some commands (which is actually also easy if you are familiar with the Linux terminal, but not as easy as VirtualBox which is even in the app repositories of almost all distributions).

It’s the same on OS X, for VMware Workstation Player (Free) it can’t be installed on OS X. If you’re an OS X user then you have to upgrade to the VMware Fusion version.

In terms of performance when running virtual machines, VMware feels lighter than Virtual Box. Not only that, VMware is also able to provide a smoother user experience compared to VirtualBox.

In terms of reliability, VMware and VirtualBox are not so different, this is because they both use the same Hypervisor type, namely Hypervisor Type 2.

This Type 2 hypervisor runs as part of a process that runs on the operating system. 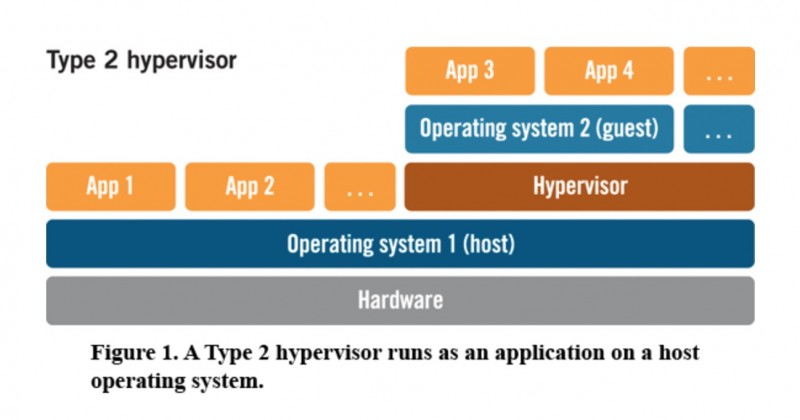 Things are very different when comparing VMware and VirtualBox with Microsoft Hyper-V. Reliability and performance Microsoft Hyper-V is certainly more efficient and better than both because Hyper-V uses Hypervisor Type 1 (bare-metal hypervisor), which is part of the operating system itself.

VMware is closed source, where all development is carried out by a team of engineers from VMware. On the other hand, VirtualBox is Open Source which is being developed very actively and openly by the developer community.

For this reason, the selection due to the development factor is up to your own choice. If you really prefer open source then VirtualBox is the answer, but if you prefer closed source then VMware is ready to be chosen too.

From the comparison factors above, VMware gets a total of 5 points, while VirtualBox has 4 points. So VMware managed to beat VirtualBox in the Matob version of VMware vs VirtualBox comparison.

But of course in this selection you can choose whichever you like, whether VMware or VirtualBox, according to your own needs.

That’s a review of Matob’s version of VMware vs VirtualBox. Hopefully this review helps and makes it easier for you when choosing what virtualization software is right for you.