Skip to content
Matob News / Hardware / What is the function of the PCI Express slot on the motherboard?

In the following we will explain about what is the function of the PCI Express Slot on the Motherboard in full so it is hoped that it will provide a deep understanding for you.

Peripheral Component Interconnect Express, better known as PCI Express (and abbreviated as PCIe or PCI-E) and has become a standard on modern motherboards as interfaces with computer expansion cards.

PCI-E is used as a connection device to the motherboard and also as an expansion card interface.

The new standard for personal computers is called PCIe 3.0 which is an improvement over its predecessor by using a new topology that allows faster data transfers. 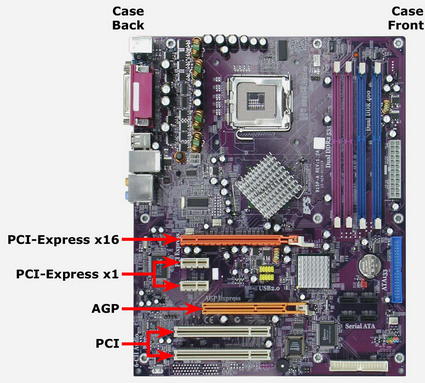 The new PCI-E 3.0 technology differs from the previous PCI, PCI-X and AGP boards in many ways, including:

Hopefully our explanation of what is the function of the PCI Express slot on this motherboard will be able to help you get to know and explore the topics we discussed in this article. PCI Express Slot Explained

What is Computer Graphics Card or GPU (Graphical Processing Unit)?

AMOLED vs IPS LCD: What’s the Difference and Which is Better?

What is the function of GPU in Computers and Laptops?

The difference between HDD and SSD