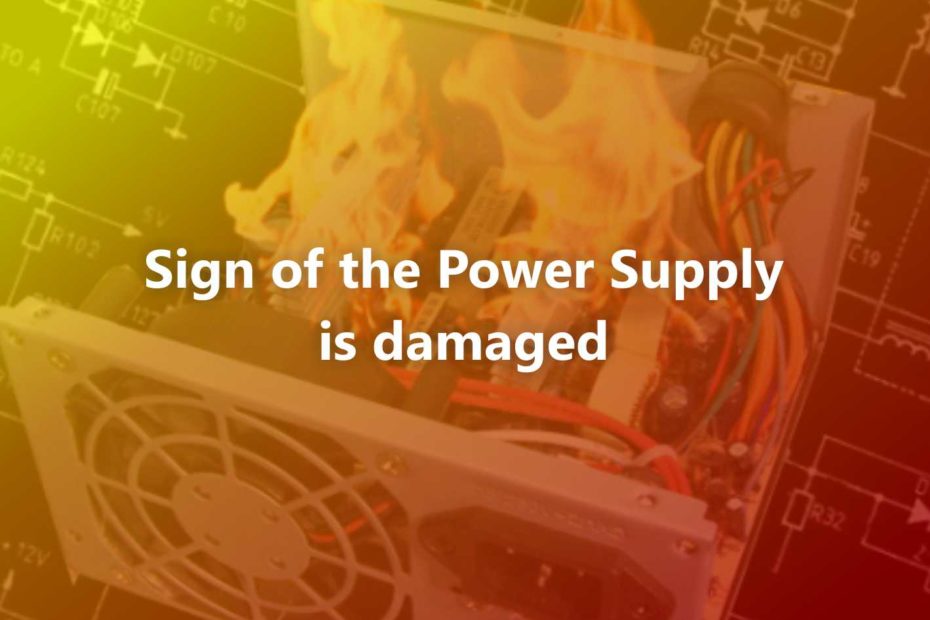 Just like the hard drive in a computer, all power supply units (or PSU for short ) will eventually damaged. And also like hard drives, it’s not a matter of ‘if’, but rather a matter of ‘when’ and ‘why’.

Inside a computer, the PSU is a device that converts alternative electricity (power from your outlet, usually 110V) to direct current to the components inside the case. Looking from the outside, it’s a three-prong plug that plugs into your socket. Laptops are pretty much the same, except external: blocks and cables that attach to the back and plug into the wall.

Every power supply is different. Some (typically for laptops) may have a low output of 65 watts, while others may produce 1,000 watts or more. Some only have 10 amps, while others produce 65 amps.

Why is the Power Supply Broken?

Damage to the power supply can just happen. The malfunction could be triggered by something you have done but sometimes, the PSU is just about time to crash. Below is a list of common factors why a computer’s PSU breaks down:

The most common reasons are overheating and power failure. However, if you are a smoker or the computer is in a dusty environment, you are likely to replace the PSU sooner.

When the PSU is no longer providing the power your computer needs, things start to get messy.  Here are some signs of a faulty power supply:

Strange noises will be heard from the back of the computer case where the PSU cable is located.

When the computer is turned on, nothing happens. Sometimes this may coincide with a flashing light on the front of the computer or an indicator on the back of the PSU (if available).

3. Computer turns on for a while then turns off

The computer turns on for a few seconds and then shuts down immediately. While this could be a power supply problem, it may also indicate a fault with the motherboard.

4. Computer shuts down in the middle of activity

The computer turns on for a while, but maybe while you are playing games or using other applications, the computer will randomly shut down without warning. It may also display a BSOD (Blue Screen of Death).