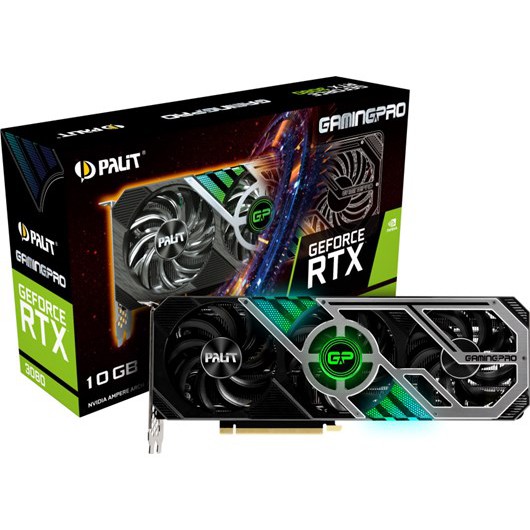 GPU, also known as VPU (Visual Processing Unit) is a special processor that is in charge of processing images based on the encoding used. This particular processor has advanced image processing capabilities, particularly 3D graphics.

Video memory is used to store images that have been processed by the GPU before being displayed on the monitor. The larger the video memory, the better the graphics card will handle textures when displaying 3D graphics. This part of the video memory called the frame buffer is in charge of storing the image before it is displayed. Most graphics cards today use DDR2, GDDR3, GDDR4, GDDR5 or GDDR6 technology.

RAMDAC is used to convert digital images stored in the frame buffer into analog signals to be sent to the monitor. RAMDAC is a kind of RAM chip that is in charge of regulating the functions of the graphics card.

This video BIOS contains a small program for initial setup and control of the graphics card. The information contained can be in the form of memory timing, operating speed, processor voltage, RAM and so on.

Output interface (also known as connection) serves to connect the graphics card to the monitor (computer display). There are several types of connections that are common on graphics cards :

Digital Video Interface (DVI) . Connections that can be found in some graphics cards designed for flat panel displays such as LCDs, plasma screens, flat televisions with high definition and so on). This connection no longer requires data conversion from digital to analog.

S-Video . Many graphics cards at that time had an S-Video connection. This connection has 4 connectors, namely S-Video in and out and composite video in and out. S-Video can be used to connect to a television, DVD player, video recorder or video game console.

High Definition Multimedia Interface (HDMI) . Many graphics cards one of which has an HDMI connection. Some graphics cards even have two HDMI connections (dual HDMI) to be able to display directly to two computer monitors. This HDMI connection can be used to connect graphics cards to HDTVs, Blu-ray players, Apple TVs, game consoles, camcorders and digital cameras. If you interseted in android gaming, maybe you need to read this article  best android emulator.

Display Port. DisplayPort is a digital display interface developed by a consortium of PC and chip manufacturers and standardized by the Video Electronics Standards Association. The interface is primarily used to connect a video source to a display device such as a computer monitor, and it can also carry audio, USB, and other forms of data. DisplayPort was designed to replace VGA, FPD-Link, and Digital Visual Interface (DVI).

See also  AMOLED vs IPS LCD: What's the Difference and Which is Better?