Skip to content
Matob News / Software / What is Firewall? Definition, Functions, Benefits, Types, and How it Works

Firewall  is generally known as a system that regulates communication between 2 different networks. With the development of the times, many companies use private internet networks to protect digital data assets from unwanted attacks. This time, Matob will review the definition of a firewall, its functions, benefits, types, and how it works. Read on until it’s finished..

Firewall is a combination of hardware and software whose function is to separate computer networks into two or more to maintain data security.

Today companies have access to the internet. Of course the network at the company has a legal entity in it. Therefore, the company’s digital devices need to be protected from hacker attacks and other bad things.

Thus, the main task of the firewall itself is to monitor and control all incoming or outgoing access to network connections based on predetermined security rules.

However, there are still some people or users who are not aware of this system and tend to ignore the security system on the computer network. In addition, the firewall also has an important role in maintaining the security of traffic on the internet network that is connected to your computer device. 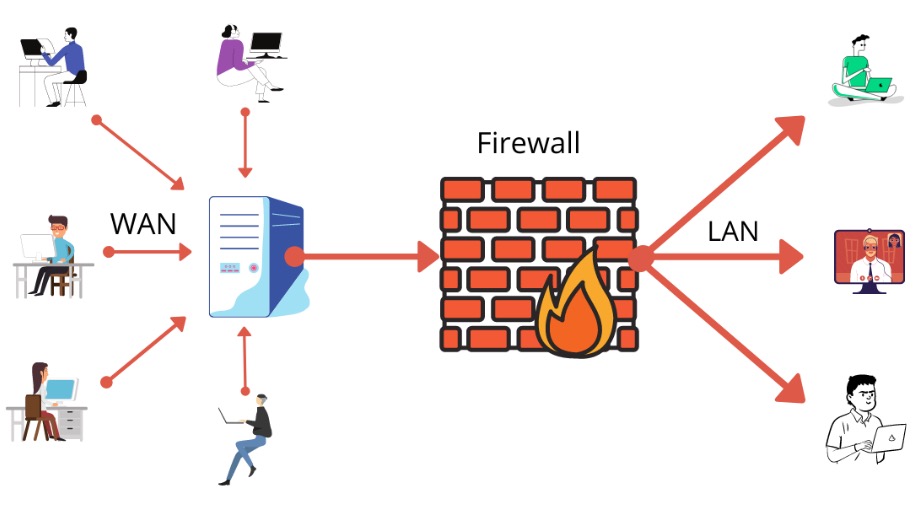 The functions of a firewall in a network are:

See also  Why Do Developers Prefer Python Over Java?

Furthermore, the firewall function on a computer network is able to control data traffic when accessing a protected private network. All traffic either coming out or entering the network must pass through the firewall in order to be checked, either by filtering, limiting or even rejecting. The firewall itself will work according to criteria such as the IP address of the source computer, the source TCP/UDP port, the IP address of the destination computer, the destination TCP/UDP port, and information coming from the header.

When a computer user accesses data, the firewall will record it as documentation (log files). The existence of these data records will be used to develop a computer security system. Then, the function of the firewall is to authenticate access to the network.

The function of a firewall on a computer network is not just to record user activity. Firewalls are also able to prevent the leakage of valuable information. Simply put, a firewall that will prevent users from sending valuable files that are confidential or secret to other parties without realizing it.

A firewall which is a barrier that is meant to protect your PC, tablet or phone from the dangers of data-based malware on the Internet has several benefits. The benefits of firewalls are:

The first benefit, can protect and prevent illegal remote access practices that can be done by a hacker. For example, the cursor of your mouse can suddenly move by itself. Of course this can happen with the aim of hacking your personal information or data.

With the protection from the firewall, this can be anticipated by applying the correct OS configuration. Also, it can disable remote desktop access control carried out by hackers on your computer device. 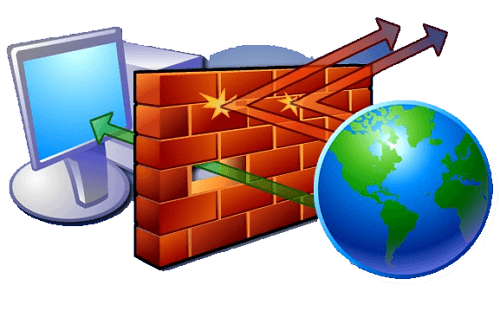 Next, for those of you who like to play online gaming , of course, it will be very worrying if while playing a malware or a message appears on the computer there is a virus . If you interseted in android gaming, maybe you need to read this article  android emulator for pc.

Therefore, with a firewall, it can prevent this from happening and can be blocked quickly and accurately.

On the internet also can occur various possibilities that are not desired by the user . Of course, the internet also has the opportunity to appear malware that passes through the virtual world. With a firewall , it can prevent this from spreading and having a bad impact on the health of your device.

Personal Firewall is created to protect computers connected to the network from unauthorized access. Currently, this type of firewall is revolutionizing into a collection of programs whose function is to completely secure computers.

You do this by adding several security features such as protection against virus attacks , antispyware, antispam, and detecting network security disturbances.

When your computer has firewall protection , everything entering and leaving the computer will be monitored. The firewall monitors all information traffic to allow ‘good data’ to enter, and blocks ‘bad data’ from entering the computer. Firewalls use one or more of the three methods below to control traffic flowing into and out of the network:

Packets (small pieces of data) are analyzed against a set of filters . Packets that pass through the filter are sent to the requested system, while other packets are discarded.

Through proxies , information from the Internet is retrieved by the firewall and then sent to the requested system and vice versa.

A newer method that does not check the contents of each package but compares certain key parts of the package with a trusted database of information. Information from inside the firewall to the outside is monitored to determine specific characteristics, then the incoming information is compared with these characteristics. If the comparison results in a reasonable match, the information is allowed in. Otherwise, discarded.

That’s information about the meaning of firewalls and their benefits and how they work. You should also use a firewall to make the network more secure. Hope it is useful!