Skip to content
Matob News / Internet / How Much Did Microsoft Contribute To Chromium Development?

As we know, out there are lots of browsers based on Chromium, namely Opera, Vivaldi, Brave and the most famous is Google Chrome, where nearly 70% of people around the world use Google Chrome as their main browser.

In statistics shared on Twitter by Eric Lawrence , who is part of the Microsoft Edge team, he revealed that Microsoft had participated in 1935 CLs of 161 Constibutors, which were areas that Microsoft helped to improve in the Chromium Engine including accessibility, battery life, HTML form controls, media playback, Windows font rendering, layout and scrolling, HTML, JSON, and CSS modules. 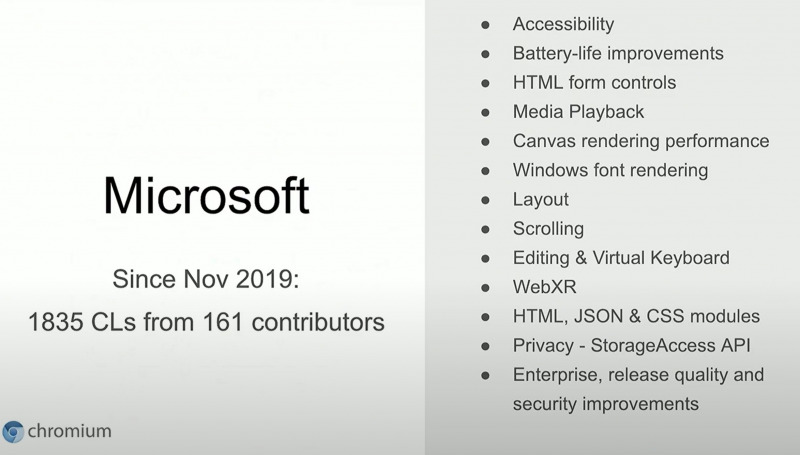 This Microsoft contribution will certainly continue to grow over time and as Microsoft Edge Chromium goes on, considering that currently Microsoft is focusing their browser on the new Edge which is now supported and available on a multi-platform basis.

The numbers that Eric Lawrence announced are certainly quite a lot, but certainly not comparable to what Google provides, considering they have been diving in this Chromium Project for a long time.

So what do you think about what Microsoft announced ?, please give your opinion about this in the comments column below.