Matob / Technology What is SSH? Definition, How it Works and Functions

Secure shell or SSH is a transfer protocol that allows users to control a device remotely or remotely via an internet connection.

If it’s your first time hearing about this protocol and would like to know more about what SSH is and how it works, you’ve come to the right place!

This article will cover everything you need to know about secure shell connections. Starting from the understanding, benefits, how it works and also its function. 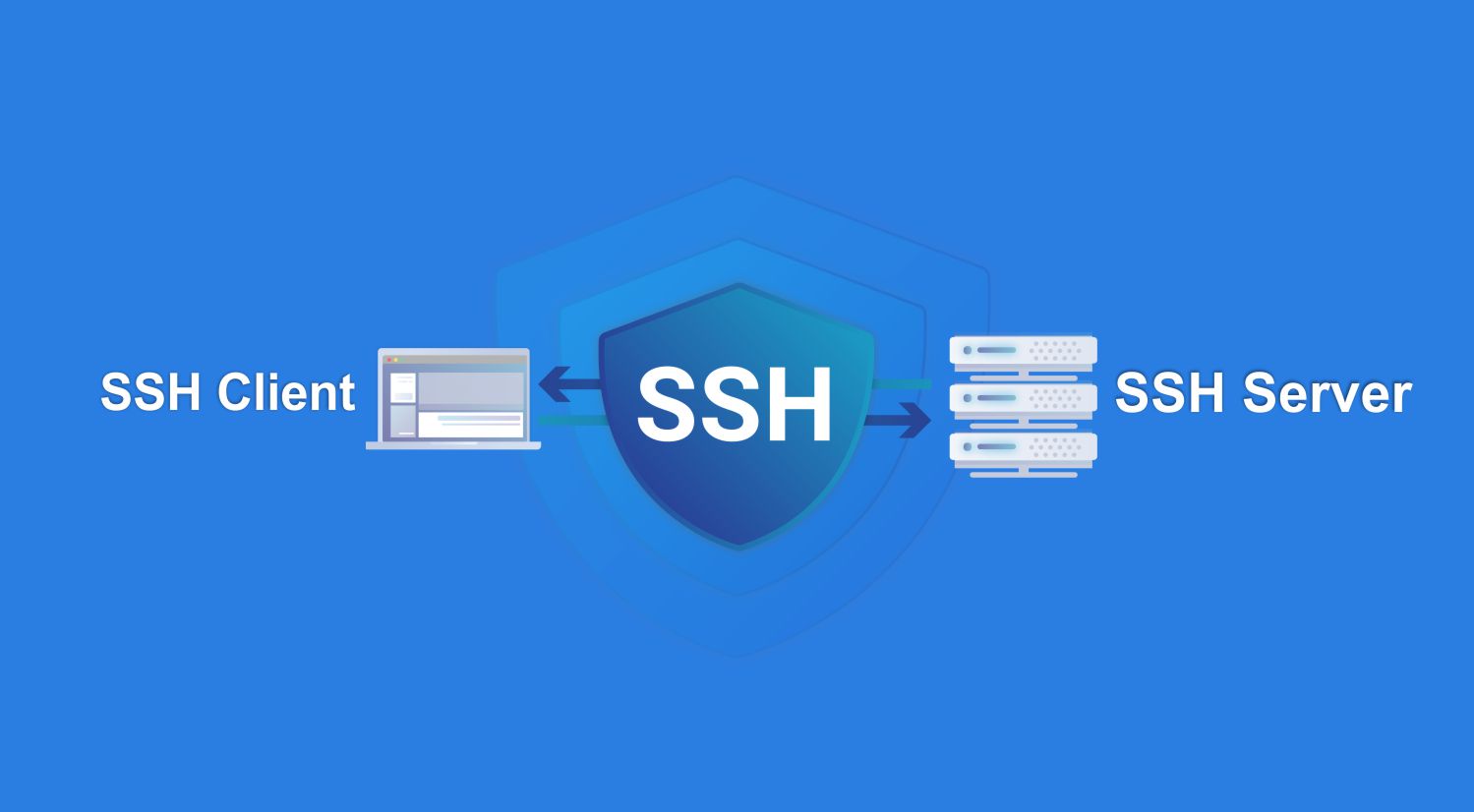 As discussed above, briefly the notion of secure shell or ssh is a transfer protocol used to control and modify servers remotely.

With SSH, you can access and modify various settings and files on the server.

The function of SSH is as a safe and reliable data transfer medium that can be used remotely or remotely.

If you’ve used remote login applications like Telnet before, SSH is a more secure replacement thanks to its secure shell technology.

Unlike the previous generation of remote login applications, SSH uses three encryption technologies that ensure the security of the connection used during the transfer process.

With this cryptographic technology, users can freely send data to the server without fear of hackers and third parties who intend to steal it.

This of course gives you more freedom to make remote connections securely wherever you want. Even through vulnerable networks like public wifi though. 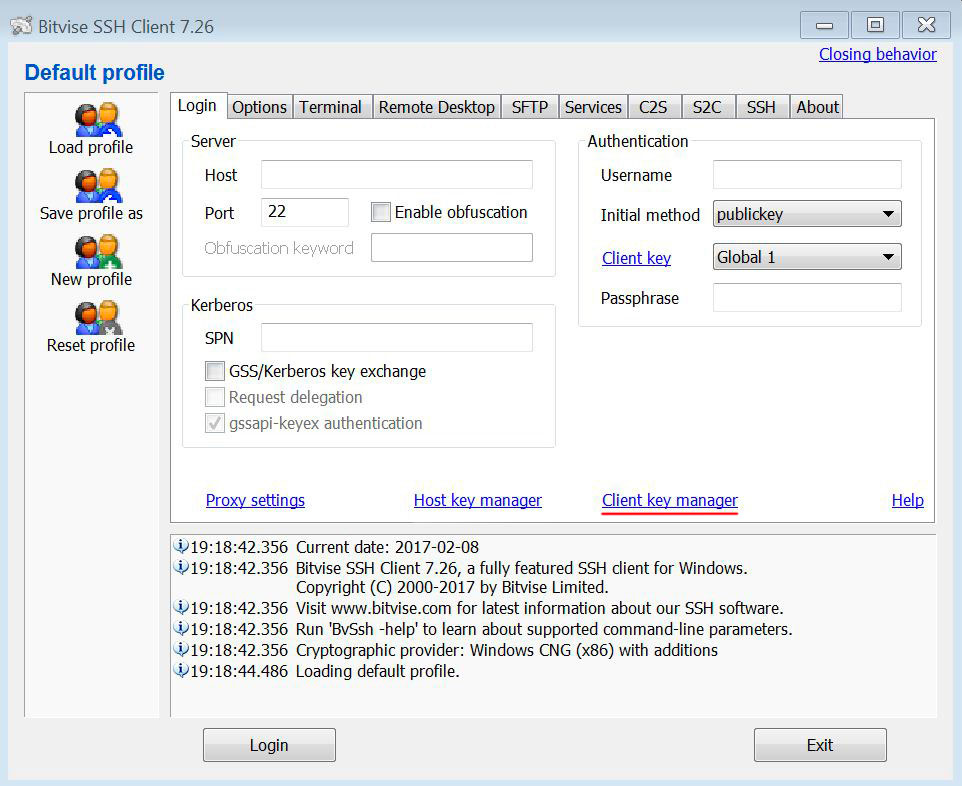 You will not find significant difficulties when operating SSH if you have used Linux or Mac first. However, you need to activate the SSH application to open an SSH connection if the operating system used is Windows. The most widely used SSH client is PuTTY. You can read more information here .

For Mac and Linux users, open a terminal program and follow the procedure below:

When you press the Enter key, you will be asked to enter the password for the requested account . Although no information appears on the screen, the password that has been typed is being transmitted.

After entering the password, press the Enter key again. If the password you entered is correct, a remote terminal window will appear.

The main advantage offered by SSH through its precursor is the use of encryption to ensure a more secure transfer of information between the host and the client. Host refers to the remote server you want to access, while client is the computer you want to use to access the host. There are three different encryption technologies used by SSH:

Symmetric encryption is a form of encryption in which a secret key is used to both encrypt and decrypt messages by both the client and the host. Effectively, anyone who has the key can decrypt the message being transferred.

See also  What is Server? Definition, Type, Function and How it Works

Symmetric encryption is often called shared key or shared secret encryption . Usually only one key is used, or sometimes a key pair where one key can be easily calculated using another key.

The symmetric key is used to encrypt the entire communication during the SSH Session. Neither the client nor the server obtains the secret key using an approved method, and the resultant key is never disclosed to any third party. The symmetric key generation process is carried out by a key exchange algorithm. What makes this algorithm secure is the fact that the key is never transmitted between the client and the host. Instead, two computers share chunks of public data, then manipulate them to compute secret keys independently. Even if other systems store publicly shared data, they will not be able to calculate the key because the key exchange algorithm is unknown.

However, please note that the secret token is specific to each SSH session, and was previously created for client authentication. After the key has been generated, all packets transferred between the two systems must be encrypted by the private key. This includes passwords that are typed in by the user so that the credentials are always protected from the network packet analyzer.

There are various symmetric encryption cyphers, including, but not limited to, AES (Advanced Encryption Standard), CAST128, Blowfish, etc. Before establishing a secure connection, the client and host decide which cypher to use by publishing a list of supported cyphers in order of preference. The most widely used cypher of the client supported cyphers listed on the hosts list is used as a bidirectional cypher.

For example, if two Ubuntu 14.04 LTS systems communicate with each other via SSH, then both systems will use aes128-ctr as the default cipher.

The private key must remain private , for example for the connection to be secured so that no third party can know about it. The advantage of all these connections lies in the fact that the private key is never allowed to be known as it is the only component that can decrypt messages that have been encrypted using the public key. Therefore, any party with the ability to decrypt messages that are already known to the public must have the appropriate private key.

See also  What is Localhost? Guide for Beginners

One-way hashing is a form of cryptography used in Secure Shell Connections. The one-way-hash function differs from the two forms of encryption mentioned above, in that it is not intended to be decrypted. The function of one-way-hash is to create a unique fixed length value for each input that does not show an exploitable trend. Therefore, these functions are highly unlikely to be reversed.

SSH uses hashes to verify the authenticity of messages. We can do this by using HMAC, otherwise known as Hash-based Message Authentication Codes. This step ensures that the received command is not manipulated in any way.

Each transmitted message must have a MAC, which is calculated using the symmetric key, packet sequence number, and message body. The message is sent beyond the symmetrically encrypted data as the final part of the communication packet.

How SSH Works with Encryption Techniques

SSH runs on TCP port 22 by default (although this can be changed as needed). The host (server) keeps an eye on port 22 (or any other SSH port) for incoming connections. Port 22 manages secure connections by authenticating the client and creating a proper shell network whenever the verification process is successful.

Before starting the SSH connection, the client must first connect the TCP handshake with the server, then ensure the security of the symmetric connection, then verify whether the identity displayed by the server matches the previous record (usually stored in the RSA key storage file), and display the user credentials required for perform connection authentication.

There are two stages in establishing a connection: first, both systems agree on an encryption standard to secure communications, and second, users must also authenticate their own identities. If the credentials match, then the user will be granted access.

When a client tries to connect to the server via TCP, the server provides the respective encryption protocols and supported versions. If the client has a compatible and nearly identical pair of protocols and versions, then an agreement is made and the connection is initiated with the accepted protocol. The server also uses an asymmetric public key which the client can use to verify the authenticity of the host.

After that, the two parties use what is known as the Diffie-Hellman Key Exchange Algortihm to generate a symmetric key. This algorithm allows both the client and the server to retrieve a shared encryption key which will then be used to encrypt the entire communication section.

Here’s how the algorithm works at a basic level:

After the secure symmetric encryption has been successfully established, the user must authenticate.

The last stage before the user is granted access to the server is to authenticate the credentials. For this, most SSH users use a password. The user will be asked to enter a username, then a password. Securely, these credentials are sent through a symmetric encryption tunnel so that no third party can steal them.

Even though the password is encrypted, it is still not recommended for users to use the password on a secure connection. This is because many bots can steal standard or easily guessed passwords to gain access to your account. We recommend that you use SSH Key Pair as an alternative.

SSH Key Pair is an asymmetric key set that is used to authenticate users without having to enter a password.

By learning more about how SSH works, users can understand the security aspects of this technology. Many people find this process too difficult and not easy to understand and follow. However, in fact the method is very easy and not as imagined by most people. If you’re wondering how long it takes a computer to compute the hash and authenticate a user, then the answer is very fast. In reality, you will spend the most time transferring data on the internet.

Hopefully this SSH tutorial has helped you understand that although different technologies can be used together to create robust systems in which each mechanism plays an important role. Now you finally know that Telnet is out of date if your internet future is secured by SSH.