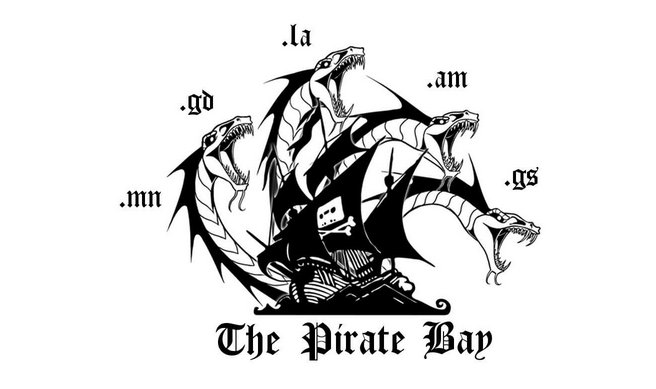 Often known as TPB, this most popular torrent site has been running for almost 15 years, before its founder was arrested in 2013 and rivaled by KickAss Torrents (before it was closed). Now TPB has risen again, but of course it will still often be down or closed down by the police, so you need to look for alternative torrent sites. Let’s just check the alternative list of torrent sites besides Pirate Bay.

The best torent site that will first appear in your mind when the Pirate Bay is down or blocked is OfflineBay. First released in 2018, Offline Bay developed by TechTac works in a slightly different way from other torrent sites, because OfflineBay is used as a backup when TPB is down.

Yup, this open-source site is actually not really a pure torrent download, because this stius is an offlice cache from thepiratebya.org. You can download and search for torrent collections that are in place without the need for an internet connection.

When other sites have to go down and live again with a new domain name, 1337x is one alternative torrent site besides Pirate Bay that you can count on. The best torrent site sain thousands of torrents with different categories, ranging from movies, TV series, games, music, documentaries, and so forth.

This 1337x torrent site has a user interface that is easy to use and quite interesting, and you can create an account to add your favorite torrent. Usually the domain uses “1337x.to”, but if you are down, you can open “x1337x.se”.

LimeTorrents is one of the best torrent sites frequented by BitTorrent application users around the world. Just like Pirate Bay, this torrent site also stores a large number of torrent categories that you can download, such as applications, games, music, TV shows, and so on.

The appearance of the site is quite simple and easy to use, besides that this torrent site also always informs if there is a new torrent that has just been uploaded to the site. That’s why LimeTorrents is an alternative torrent site besides Pirate Bay if you’re down.

If you need to find any site that provides the torrent file you need, then you can open the Torrentz2 site, an alternative to the Pirate Bay torrent site in the form of a meta search engine. It looks very minimalist and ad-free on the main page, but the search results will be a lot of advertisements, so be careful when looking for the download button.

For those of you who don’t know, the meta search engine collects a list of sites that provide the file you’re looking for. For example, you are looking for Ubuntu 16.04, then Torrentz2 will display torrent files on the Ubuntu, Pirate Bay, Monova, and others.

Although still relatively new, Zooqle provides a large number of torrent files which according to the news have reached 4 million torrent files per 2019. Just like TPB, you can search for torrent files related to movies, music, TV shows, software, applications, etc. .

You can create an account at Zooqle to follow the torrent, besides this site also provides information about the torrent in an intuitive way.

KickAss Torrents is already closed, but some people behind KAT are trying to create a new site called Katcr.co. Although not as efficient as its predecessor, but this site could be an alternative to the Pirate Bay torrent site when it is down or blocked.

This torrent site is very similar to KAT and presents a large number of torrent files that you can search for. Just like KAT, this site also has a feature to sort torrent files based on date, size, seeds, peers, age, and others.

As one of the torrent sites, TorLock calls itself the site “The No Fake Torrents”. As an alternative torrent site besides Pirate Bay, this site provides torrent in various categories such as movies, TV shows, music, games, software, ebooks, and others.

Even though you can’t sort the torrent on the front page, by opening the category you can sort the torrent by date, size, file, seeds, peers, and health. However, this site has enough ads, so be careful.

That’s 7 alternative torrent sites besides Pirate Bay that you can visit, if TPB is down again. Don’t forget to use VPN or webproxy, because there are websites that can’t be opened.