Anime has become a widely enjoyed form of entertainment in every part of the world, with a variety of genres to choose from. One popular genre is action anime, which is perfect for fans of thrilling and exciting storylines. Some of these anime have gained a lot of attention and high ratings from fans all around the world.

There are a number of new and popular action anime that have been released in recent years and continue to be popular. These anime can be easily accessed on streaming platforms such as Netflix and iQIYI.

Without further ado, here are 15 recommendations for popular action anime that have received high ratings : 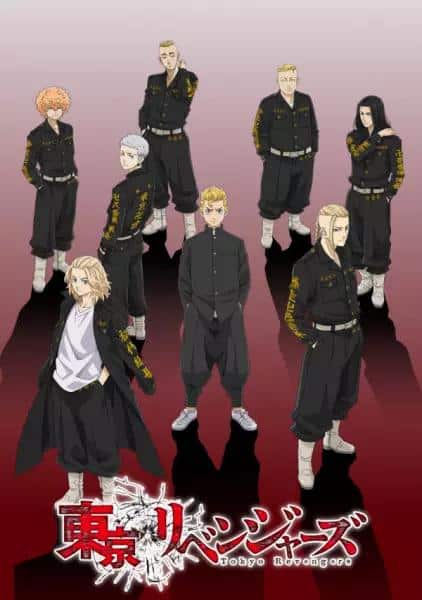 Are you a fan of motorcycle gang themed anime? If so, you won’t want to miss TOKYO REVENGERS. This popular action anime has gained a lot of attention and has become one of the most watched shows.

The story follows the main character, Takemichi, who gains the ability to time travel and see the future. He becomes embroiled with the Tokyo Manji gang, which is rumored to have killed his ex-girlfriend. As the plot unfolds, the motivations and mysteries behind the characters are revealed.

TOKYO REVENGERS has also been adapted into a live action film, which has been well-received by anime fans worldwide. Don’t miss out on this exciting anime. 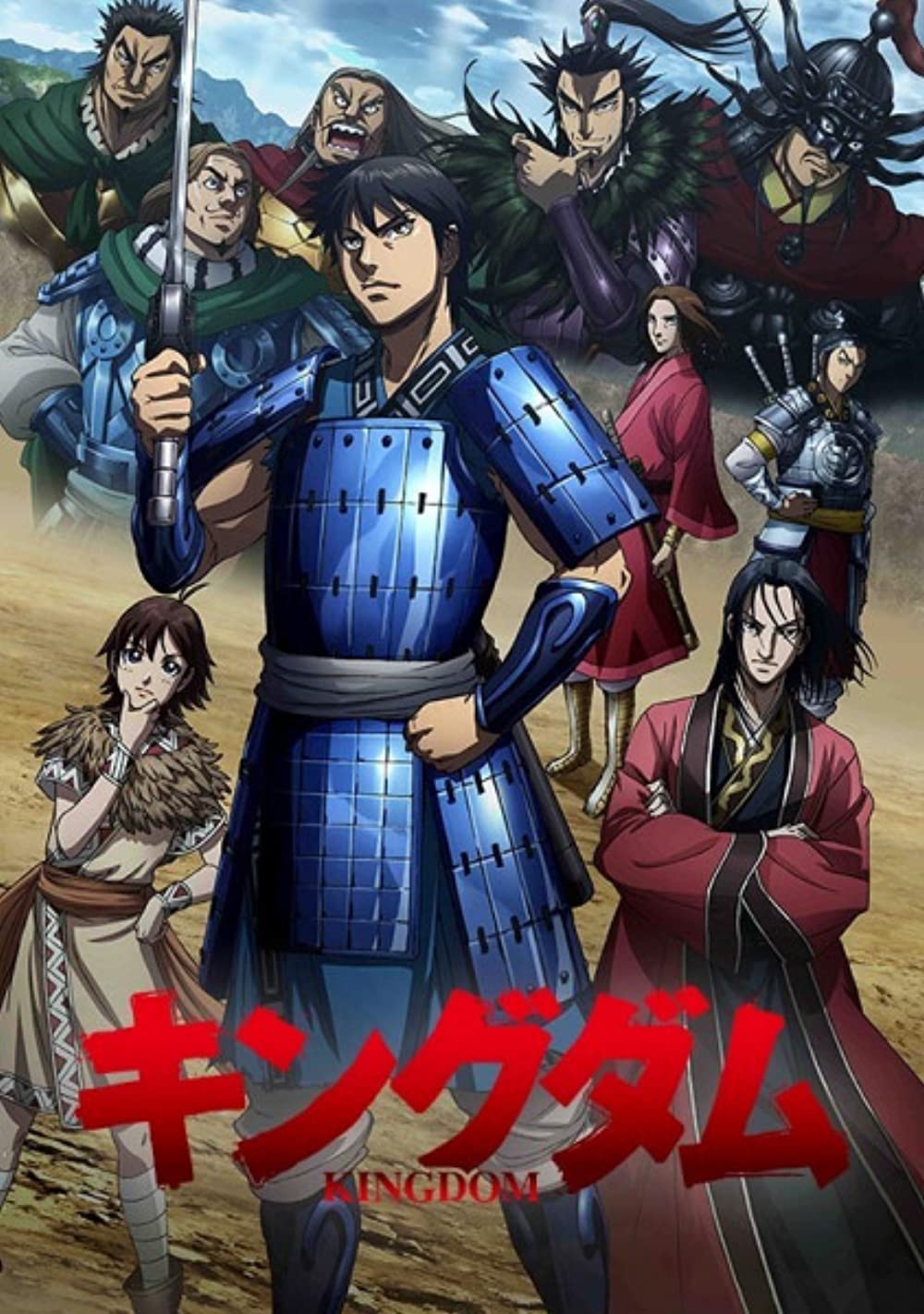 If you enjoy action anime with a historical war theme, you may want to consider adding KINGDOM to your watch list. This anime is set in ancient China and follows the journey of a warlord and a king who are trying to unite the Chinese plains.

In the latest season, the characters face even greater challenges as they strive to achieve their goals. The KINGDOM anime is perfect for fans of historical films with elements of war and politics. It has become a popular choice among anime fans in 2021-2022. 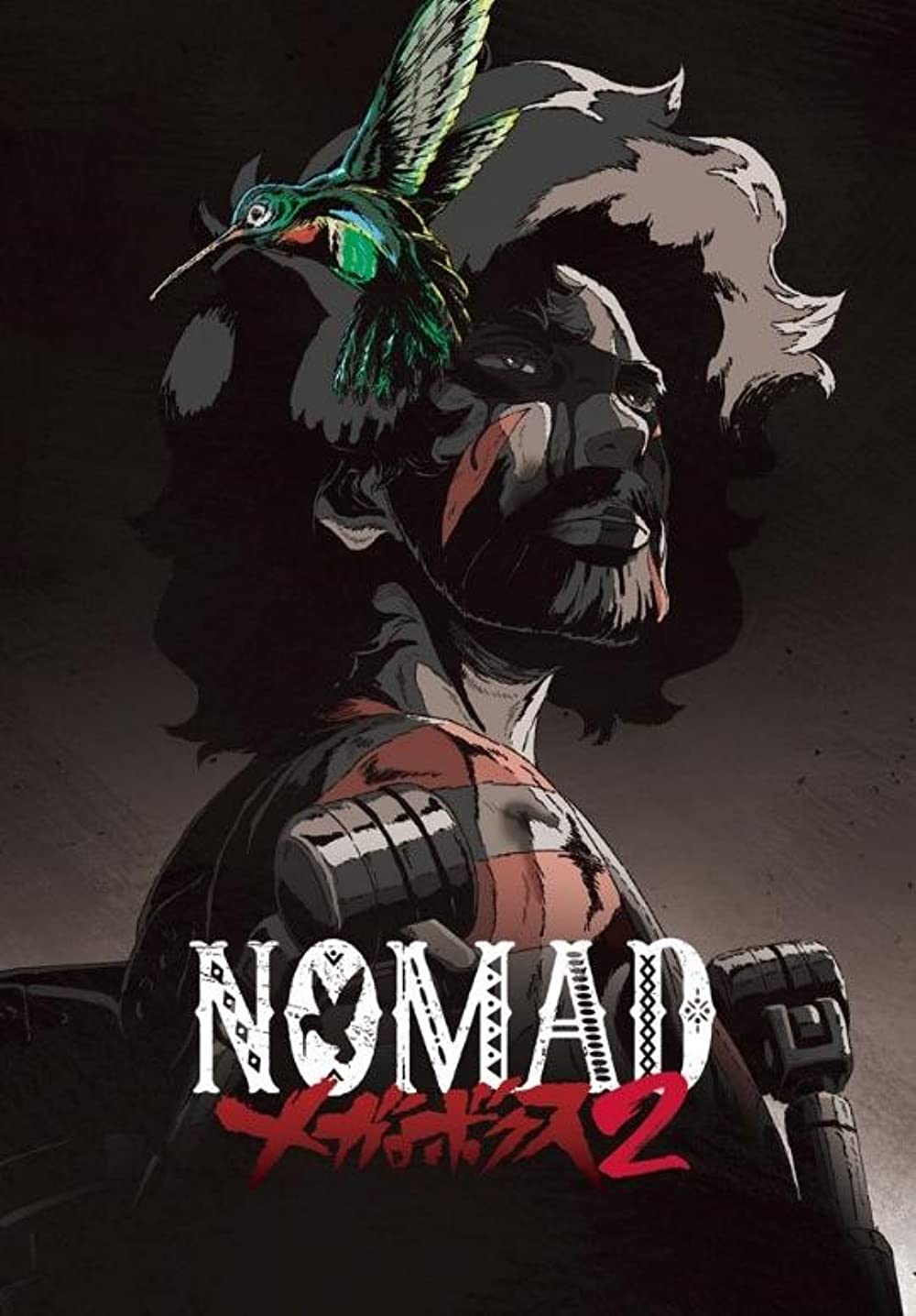 NOMAD: MEGALO BOX 2 is a must-see action anime for fans of the genre. This show is a sequel to MEGALO BOX, which was released in 2018. It follows the story of a Megalo Box fighter named Joe, who competes in a sport similar to boxing but with the use of iron gloves to make punches more deadly.

After winning a major battle in season 1, Joe disappears after losing a match. Seven years later, he is known as “Nomad” and fights in underground matches for survival. He is brought together with Chief, who is trying to raise money to purchase land for an immigrant community called “Casa.” Don’t miss this exciting action anime. 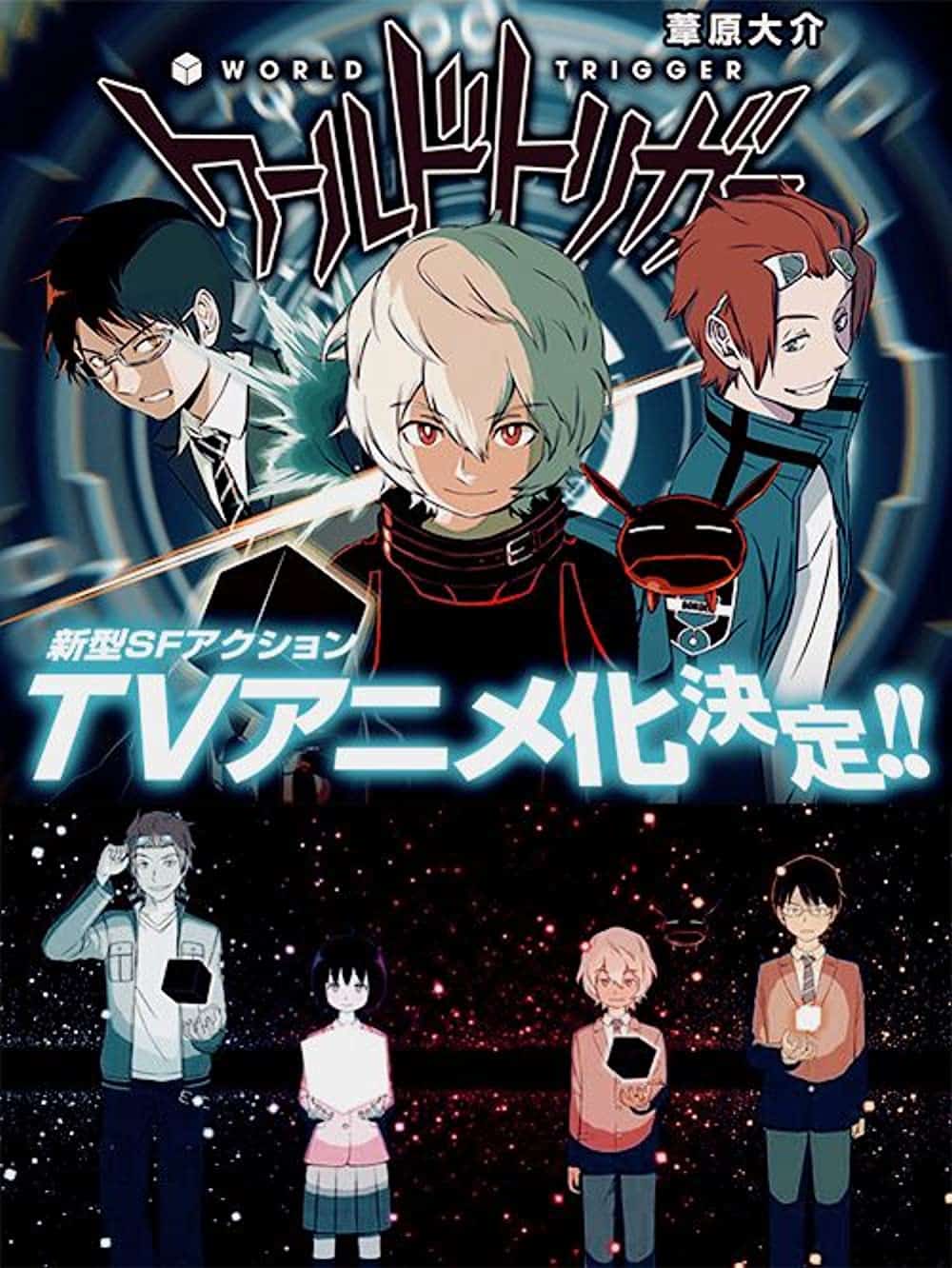 WORLD TRIGGER SEASON 2 is an action anime that should not be missed. It is a continuation of the first season, which ended in 2016, and follows the story of Osamu Mikumo and his team as they battle monsters called Neighbors to protect Mikado City.

Despite having reliable teammates, Osamu and his team face numerous dangers as they fight to protect their city. Based on Daisuke Ashihara’s manga, WORLD TRIGGER SEASON 2 has continued with its third season, which was released in October 2021. If you enjoy action-packed anime, this show is definitely worth checking out. 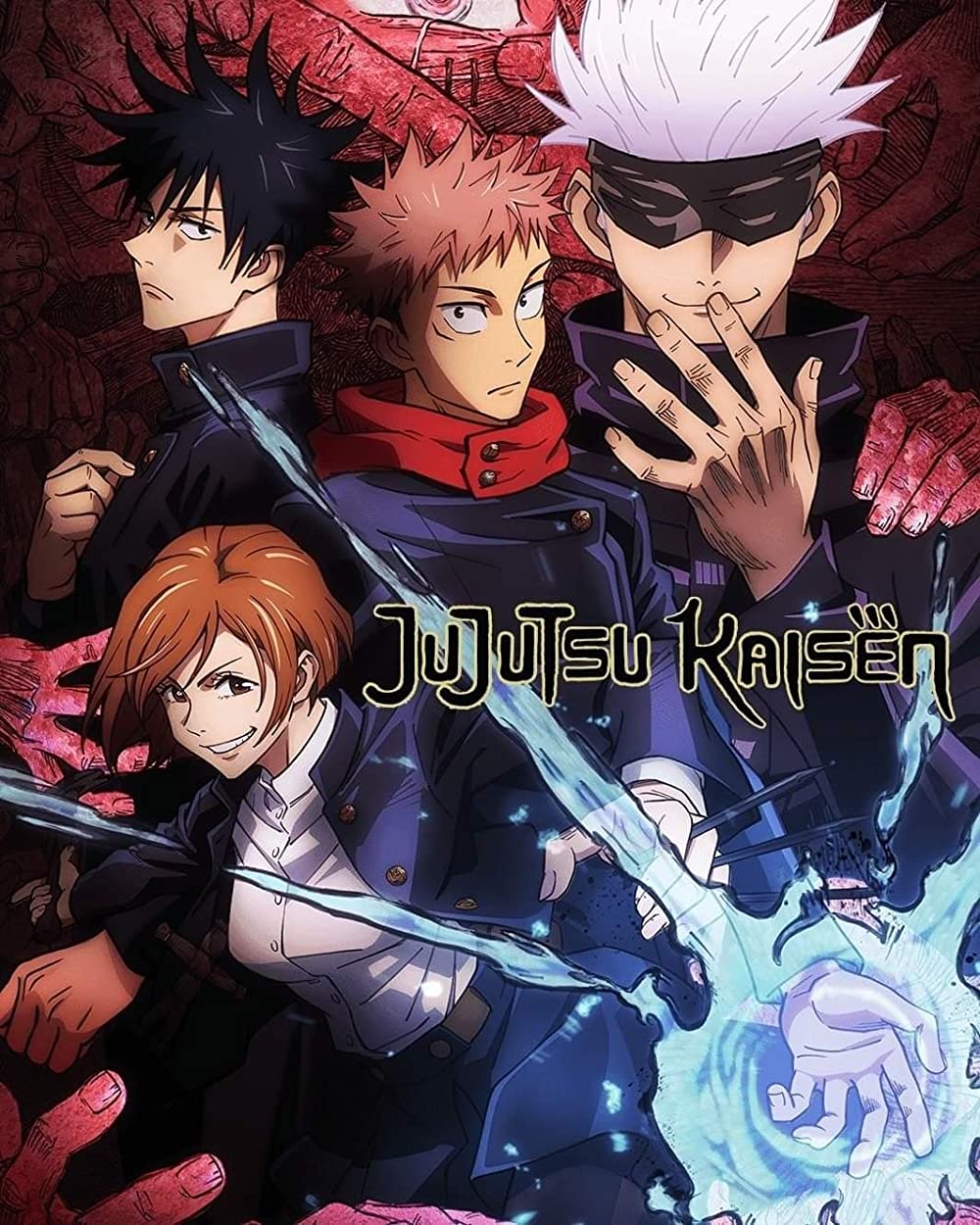 JUJUTSU KAISEN is an action and supernatural anime that premiered in October 2020. It is planned to have 24 episodes in its first season, which is set to end in 2021. As a newer anime, JUJUTSU KAISEN has already gained a lot of popularity and won the Best Anime award at the 5th Crunchyroll Anime Awards in 2021.

The anime follows the story of a schoolboy named Yuji who possesses extraordinary powers. In an effort to save his friend who was attacked by an evil spirit, he consumes a cursed object which turns out to be the finger of Sukuna, the king of curses. This exciting anime has quickly become a popular choice among viewers. 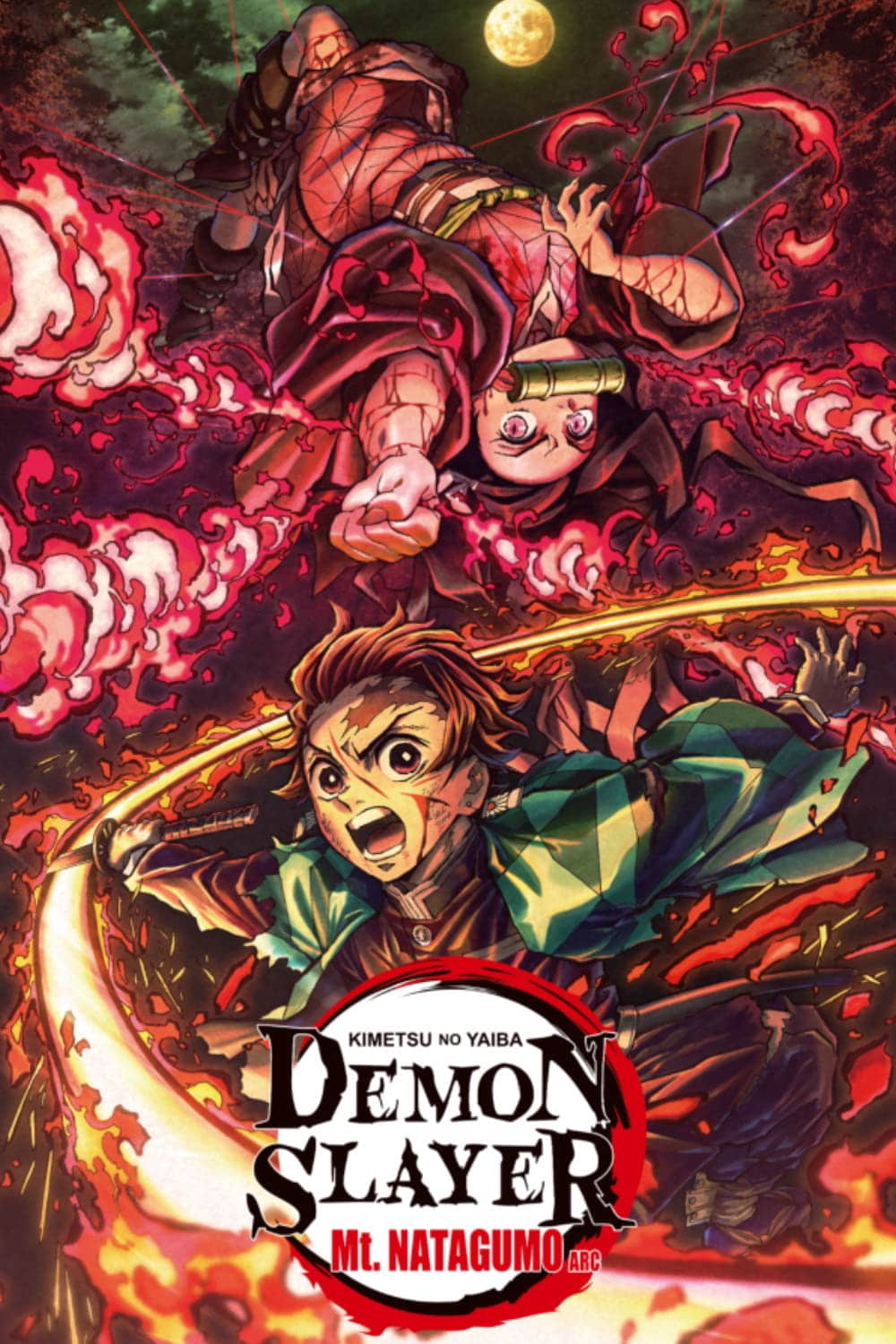 If you haven’t already, you should consider adding DEMON SLAYER to your list of popular action anime recommendations. This anime has been gaining popularity since its first season in 2019, and continued with a second season titled DEMON SLAYER: KIMETSU NO YAIBA in October 2021.

The second season adapts the Mugen Train arc and follows the adventures of Tanjiro and the DEMON SLAYER Corps as they work to exterminate demons. They join forces with Rengoku, the Fire Hashira, to eliminate demons on the Mugen Train and later team up with Inosuke and Zenitsu to fight demons in the Entertainment District. The group also fights alongside Hashira Suara and Tengen Uzui, who is trying to rescue his missing wife. With an engaging storyline and exciting action scenes, DEMON SLAYER is a must-see anime. 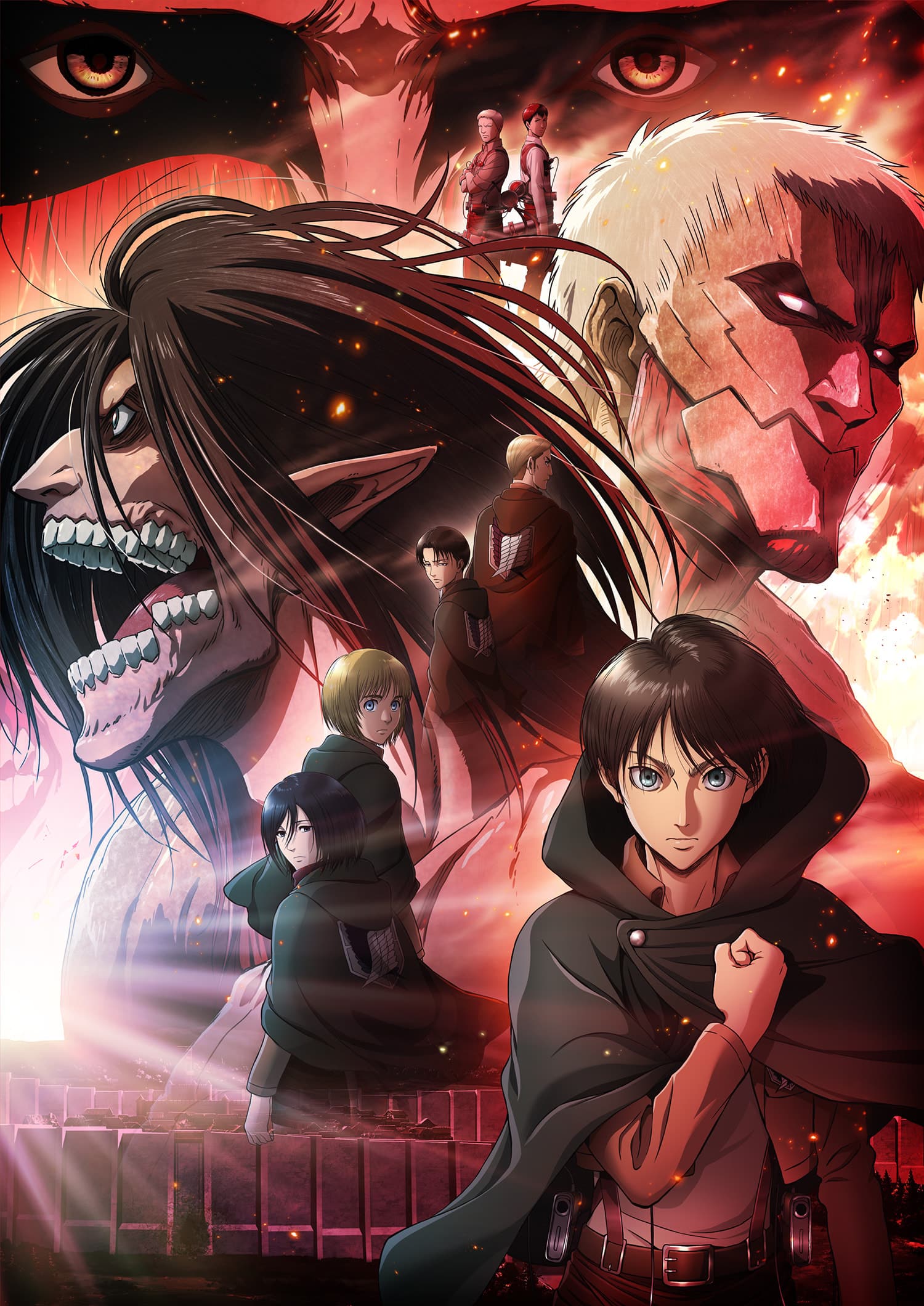 Fantasy action drama fans will not want to miss ATTACK ON TITAN, an extremely popular anime that has gained even more attention in 2021-2022 with the release of its final season. Based on the popular manga of the same name, the fourth season of this anime has been highly anticipated by fans from around the world.

The story follows Eren Yeagar, a young boy on a quest for revenge after his parents are killed by Titans. Eren hates Titans and becomes determined to seek revenge, joining the Titan hunting squad known as the Survey Corps to hunt down and defeat Titans. If you enjoy action-packed fantasy drama, don’t miss this exciting anime. 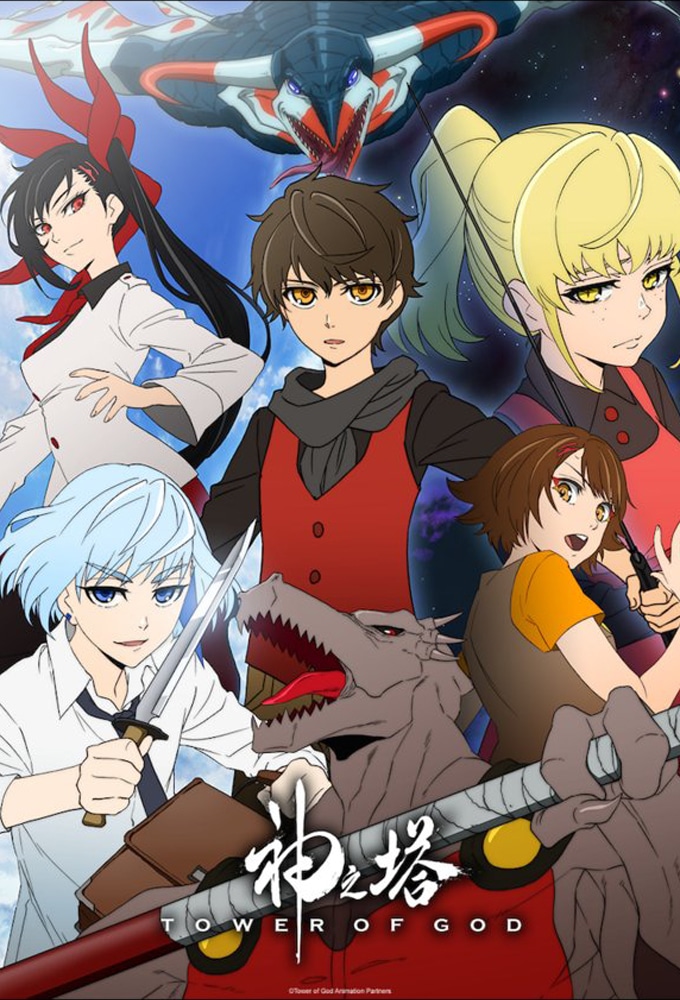 TOWER OF GOD is an action anime that is adapted from a popular Korean Webtoon series of the same name. It combines elements of action and fantasy and tells the story of Baam and his friends as they explore a mysterious world filled with various dangers.

One of the unique aspects of this anime is its animation, which has a distinct style due to its origins as a Korean comic, rather than a Japanese manga. TOWER OF GOD has gained a lot of attention in 2021 for its compelling plot and exciting action scenes. If you enjoy both action and fantasy anime, it is definitely worth checking out. 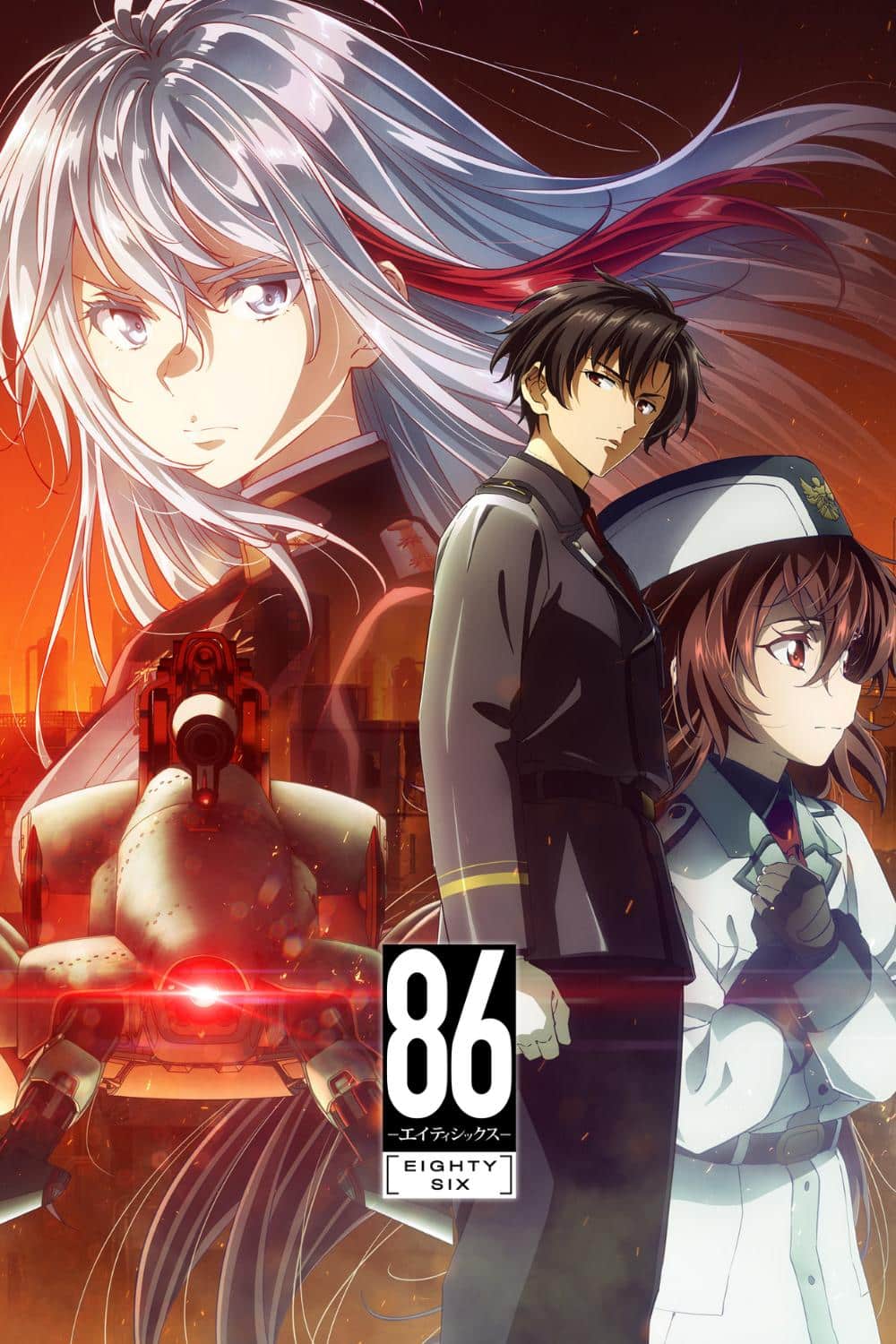 86 SEASON 2 is an action anime that should not be missed. The title is an adaptation of the Light Novel Eighty Six, and the focus of the story is on Vlaine Milize, a silver girl who supports the military faction 86.

This group faces racism and is forced to fight against the autonomous Imperial Legion under the command of the Republican party Handlers. If you enjoy action anime, you won’t want to miss this highly anticipated show. 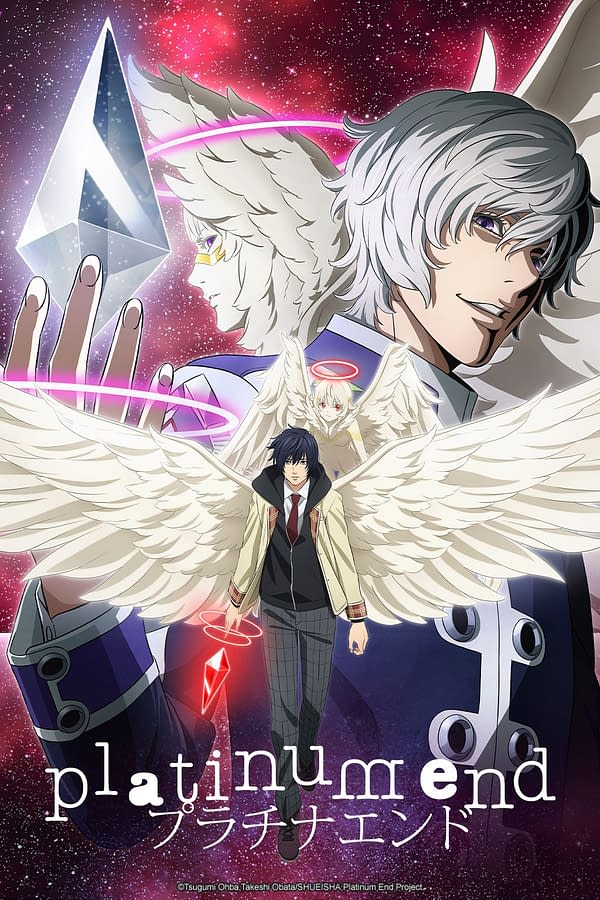 Another popular and newest action anime recommendation is an anime called PLATINUM END. This anime tells the story of Mirai Kakehashi who feels frustrated after the death of her parents. He who wanted to kill himself, then met a female figure named Nasse, who introduced herself as a guardian angel.

The mysterious woman also gave Mirai Kakehashi a supernatural power to make her the new God. The PLATINUM END anime has aired in October 2021, and has attracted quite a lot of attention from anime lovers. As well as being one of the popular and newest action anime recommendations that must be watched. 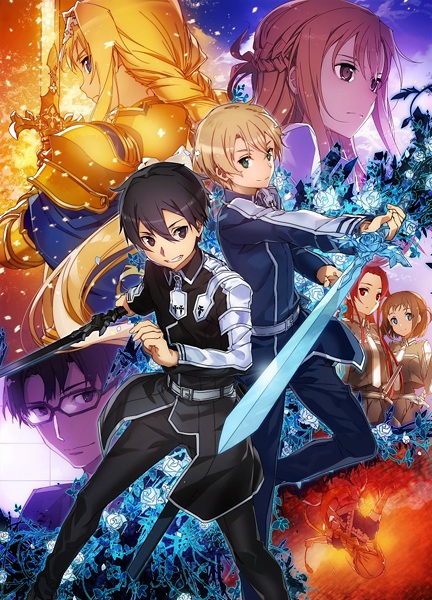 You may already be familiar with the popular anime SWORD ART ONLINE. This action-packed show, which is set in a future world of gaming, features an overpowered main character and elements of romance.

The second season, titled SWORD ART ONLINE: ALICIZATION – WAR OF UNDERWORLD, aired in 2021 and features tense battle scenes with stunning animation effects. The story is told in a neat and mysterious way, making it a must-see for fans of action anime. It is no surprise that SWORD ART ONLINE: ALICIZATION – WAR OF UNDERWORLD SEASON 2 is one of the most popular and highly recommended action anime.

12. BORUTO: NARUTO THE NEXT GENERATION 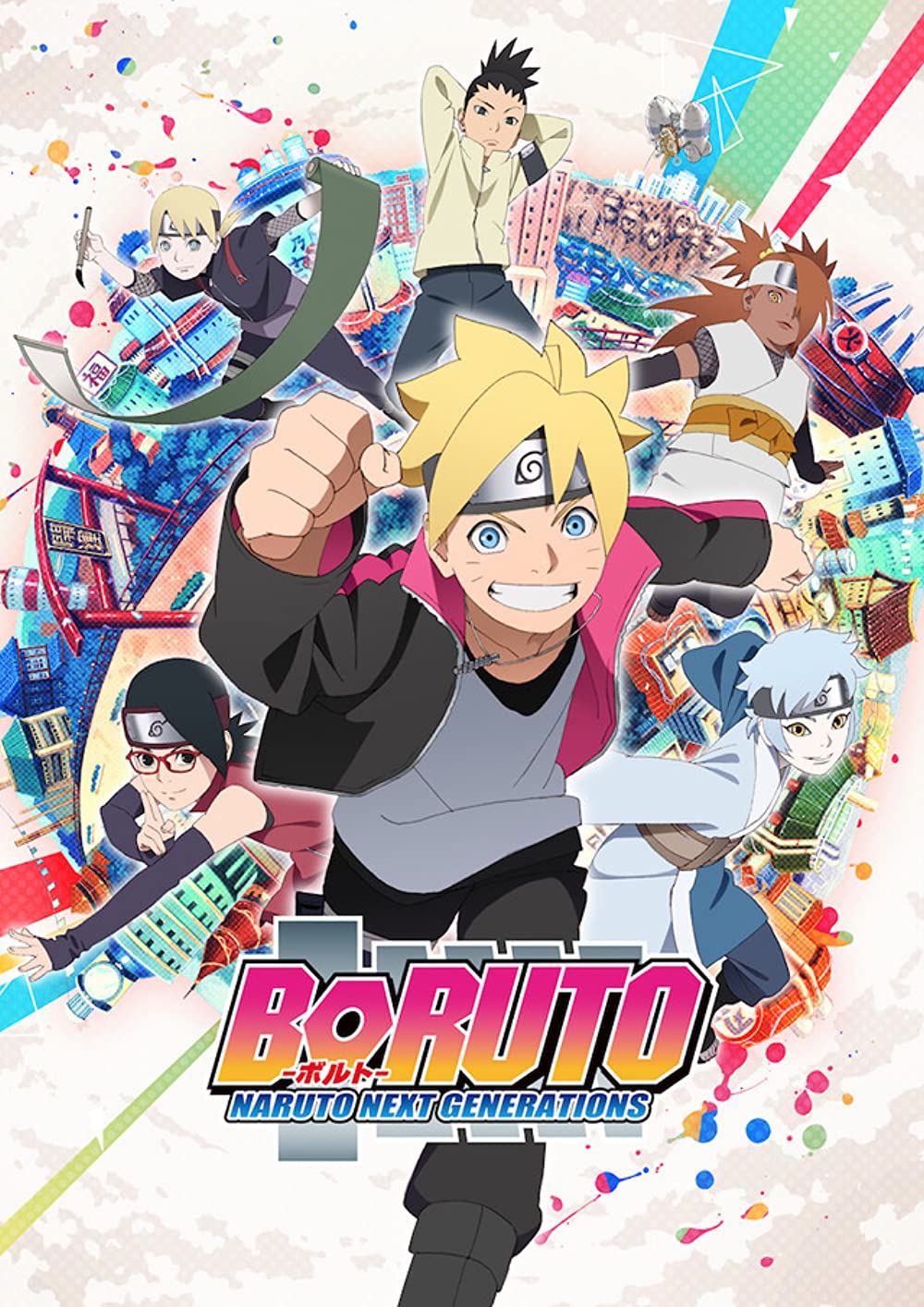 BORUTO: NARUTO THE NEXT GENERATION is a spin-off and sequel to the popular NARUTO anime, which is still popular today. This new anime follows the life of Naruto Uzumaki’s son, Boruto Uzumaki, and his friends as they fight stronger enemies than those encountered in the NARUTO era. In BORUTO: NARUTO THE NEXT GENERATION, the next generation of ninjas must face off against gods and advanced technology in the ninja world.

One of the main draws of this anime is the development of Boruto’s character as he grows and develops his ninja powers. The differences in strength between Naruto and his son, Boruto, also add an element of curiosity to the story. It’s no wonder that BORUTO: NARUTO THE NEXT GENERATION has become a popular action anime recommendation. 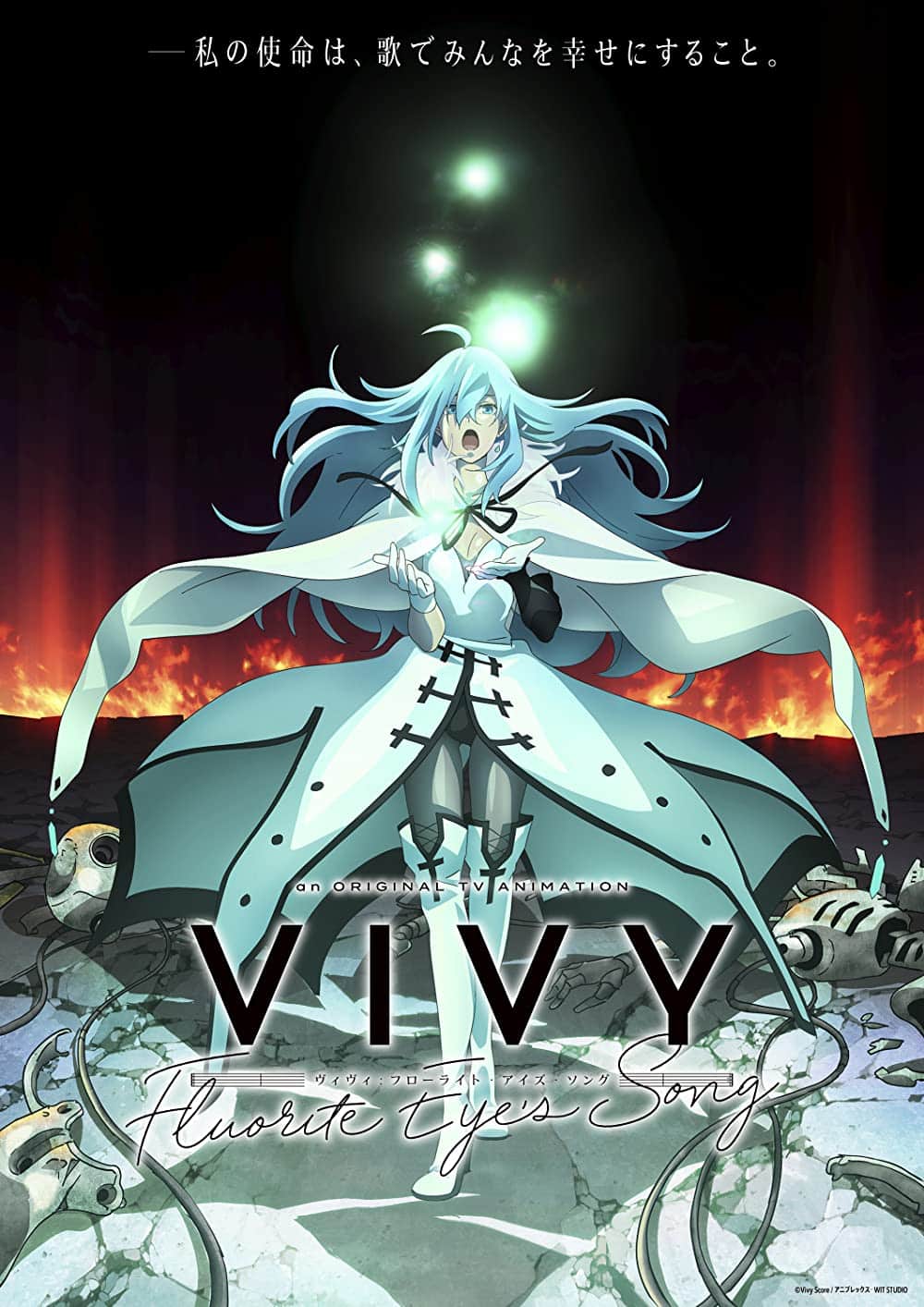 And the last recommendation for popular and newest action anime is an anime titled VIVY: FLUORITE EYE’S SONG. This anime tells the story of a world where the existence of Artificial Intelligence (AI) is considered normal.

But in the end it is the AI who are responsible for the extinction of humans. Until a desperate scientist decides to go back in time to ask for help from a singing AI to save the world.

Vivy is the world’s first AI, a singer tasked with spreading joy through her voice. He always appears on an amusement park, until suddenly an AI from the future appears and asks for his help. And so one of the popular and newest action anime recommendations that must be watched. GINTAMA is an interesting action anime recommendation to watch. In addition, this anime is also quite popular.

When watching it, you will find inspirational stories wrapped in comedy and sometimes touching the heart. This anime can indeed be called a fantasy anime, but the story really depicts social reality. If interested, you can watch it when you have free time. 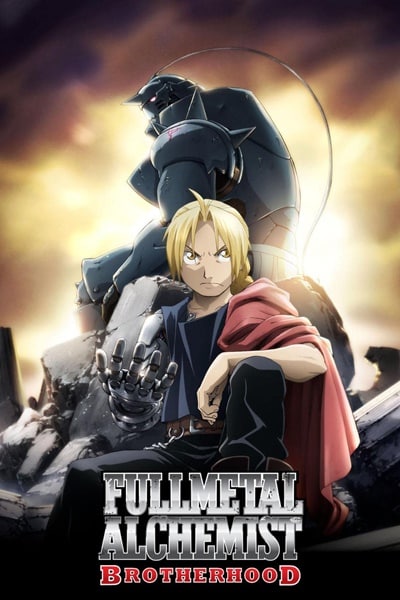 The next action anime recommendation is FULLMETAL ALCHEMIST BROTHERHOOD. This anime tells the story of two brothers Edward and Alphonse Elric after committing a taboo in alchemy, namely human transmutation. They did that to revive their mother.

However, they also have to pay a terrible price. Alphonse lost his body and Edward lost his right leg and arm while transmuting to restore Alphonse’s soul in an armor. The story doesn’t just stop there. You will find an interesting plot and hard to stop while watching it.